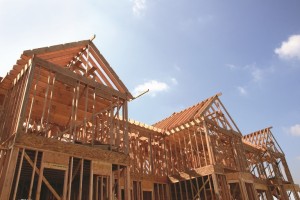 Over the last few years, we’ve all watched the multifamily market segment recover to the pre-bust levels of the early 2000s. In 2014, 350,000 apartments were produced and, if predictions are right, that number will climb even higher in 2015.

But what about those single-family homes? When’s their rebound expected to hit? According to Dr. David Crowe, chief economist and senior VP of the National Home Builders Association, 2015 might just be their year.

The reasons for Crowe’s optimism are two-fold. The first is jobs.

Crowe says, “In 2014, the employment level finally reached the same peak we hit in 2007 and continues to slowly gain momentum. The number of people working today is the highest it’s ever been.”

With jobs comes a feeling of security and, in the housing marketing, security typically leads to home buying.

But security doesn’t inspire just first-time homebuyers to make a move. According to Crowe, “During the collapse, many homeowners found they had little or no equity in their home. But now, with prices recovering, they’re reclaiming some of that lost equity and, if they sell, discovering that they have enough for a down payment on their next home.”

In addition, the easing of regulations put in place in reaction to the mortgage crisis will improve the likelihood of more people being approved for mortgages.

So what does all this optimism and comfort mean for the residential paint contractor? According to Crowe, jobs.

But it’s not just the increased number of jobs that mean money to contractors. It’s the size of them.

PROCEED WITH CAUTION (AND OPTIMISM)

“Without a doubt, there is a lot of pent-up demand for single-family homes,” says Crowe. “Millennials who have managed to get by in apartments or even living at home with family for the past few years are in the best position they’ve ever been in to buy or build a new home. But it’s not a lock.”

Both local and global economies can be good indicators of how much work might come your way.

“If they’re adding jobs in your community, chances are very good you’ll see more opportunities for work to develop,” he says. “But if the major employer in your community exports product to a country where the economy is going soft, jobs could dry up pretty quickly. It pays to keep your eyes and ears open to what’s going on, especially before expanding staff or acquiring pricey capital.” But even with that bit of caution, Crowe admits, “It really does look like the best year out of the past five for housing starts … if all the indicators continue in the direction they’re currently headed, it could be the biggest boom since 2005.”