GETTING TO KNOW YOU: Background Checks and Drug Screenings 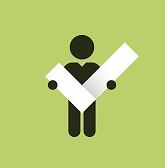 Finding the right employees can be a challenge— and laws, rules and regulations make the process even more complex. Pre-hire background checks and drug testing are highly regulated areas, with oversight from federal agencies such as the Equal Employment Opportunity Commission (EEOC) and Federal Trade Commission (FTC), not to mention what’s required by your local, county and state governments.

Navigating the rules requires a balance between keeping your customers’ homes and businesses safe while adhering to the laws designed to protect workers. “It’s tough for any employer,” says Ryan Howard, VP of VeriFirst Background Screening. “If you don’t do background checks, then you’re subject to problems of negligent hiring or bad publicity. But if you do them, you open yourself to scrutiny of government agencies.”

From the outset, it’s essential to understand the government perspective. In the case of the EEOC, their mission is to prevent what’s known as disparate treatment: You can’t treat a similar criminal history differently for applicants of different races, national origins, or other protected classes. Second, if you’re requesting background checks, you need to do so for all applicants. Finally, you can’t use criminal history as an absolute bar to employment: You need to consider the nature of the job, the nature of the offense, and the time that has elapsed since the offense.

Given the complexities and ever-changing human resources landscape, many painting enterprises choose to enlist the assistance of companies that specialize in background checks. Such specialized firms can help you set up different packages for specific job tasks, whether driving company vehicles and painting or accounting and administration. Depending on the position, the process may include criminal and driving records, a sex offender check, address history, verification of prior employment or education, and drug testing.

“If you do it yourself, you can easily cross into the realm of where it would be regulated under the law,” says Dawn Standerwick, VP of strategic growth for Employment Screening Resources. She suggests using a firm that’s a member of or accredited by the National Association of Professional Background Screeners. “Those firms benefit from updates and information from the association and stay abreast of changes within the legislative and regulatory landscape.”

Even if you’re outsourcing the background check tasks, however, you have the responsibility of following the correct procedures on these issues:

• Consent. If using a background screening firm, before performing any background check, you need to get consent from the job candidate or employee. Be aware of a couple of potential pitfalls here: It is not legal to have a check box at the bottom of your job application that says, “I hereby give my permission to have a background check conducted.” Similarly, it’s illegal in many jurisdictions to ask on an application if someone has ever been convicted of a crime or has been arrested. “In some localities, you may have specific posting requirements or additional required disclosures—and in some areas, you can’t inquire into criminal history until further in the process or until after a conditional job offer has been made,” says Standerwick. “There are legal and regulatory complexities that most smaller employers may not be aware of. There’s no shame in asking for assistance.”

• Consistency. As mentioned above, the EEOC wants to ensure that all prospective employees are treated equally. “A lot of the time, paint contractors hire friends or family,” says Sarah Moyer, a customer support representative at VeriFirst who previously worked in the painting business. “Even if it’s your brother, you need to let him know you’re going to run a check on him, and get a signed consent form. Make sure you’re hiring with the same guidelines for everyone, whether you know them or not.” Screenings should also be associated with specific job duties. A painter doesn’t need a driving-record check unless they’re driving a company van, for example. Finally, if you have a contract to repaint some offices in a federal office building, for example, individuals on the job would be subject to federal government screening requirements.

• Pre-adverse and adverse notification. When a background check comes back with negative items, that’s not sufficient to deny a person a position. You need to make a judgment as to whether any offenses are recent and pertinent to the job—or old, irrelevant or minor. “In addition to consent issues, this is the second area where companies get sued,” says Standerwick. “You have to notify the person that you intend not to hire them based on considerations in their background in whole or in part.” The first step prior to taking any adverse action is to let them view a copy of the report and give them a reasonable amount of time, usually seven days, to dispute information they believe to be inaccurate. There is additional information that must be provided to the applicant at that time. If they don’t dispute the document, you must send out a final adverse action notice, stating that you didn’t hire them and considered the background check in your decision. (Note that while it is an employer responsibility under the law, this task can be outsourced; many background screening companies will manage that process.)

• Confidentiality. When someone consents to a background check, the information is only for your company and not anyone else. For independent contractors, some background-check companies may set up consent forms that give permission to release the same results to several different companies. “It makes it easier for the person, so they don’t have to go through three separate checks,” says Howard.

• Record keeping. According to basic federal rules, the results of completed background and drug screening reports should be kept one year beyond the Fair Credit Reporting Act statute of limitations, which is a total of six years. If there’s an ongoing investigation, charge, or court case, you need to keep it for the duration.

At first glance, drug screenings would seem to be a black-and-white issue in the gray world of background checks. Either someone uses drugs or they don’t, right? Not so fast. There are a few areas that require particular caution, including the national trend toward legalizing medical and recreational marijuana use (bottom of page.) First, you need to be cautious about handling false positives. As a safeguard, VeriFirst has its drug-testing physicians reach out to an applicant before releasing results to the client. That gives someone a chance to explain they’re taking a legal prescription, not abusing a narcotic, before it becomes an issue with an employer.

Drug testing can also have implications with the Americans with Disabilities Act (ADA). The ADA generally prohibits employers from asking about any medical conditions or disabilities that an applicant may have. Here’s where things get a little dicey: You can ask about a person’s current illegal use of drugs, but asking about past drug use potentially violates the ADA, which protects those with a history of addiction who are not currently using drugs. If someone tests positive for the use of illegal drugs, that’s not protected medical information covered by the ADA. In the case of a positive test that’s found to be a result of a prescription medication, however, then it’s protected information—and must be kept separate and confidential from potential employers and anyone else.

For more on the dos and don’ts of employment checks: EEOC.gov/employers

THE STRAIGHT DOPE ON MARIJUANA

Now that marijuana has been decriminalized or authorized for medical use in a number of states, using it as part of a drug test has become considerably trickier. “Colorado is the easiest example, because the standard five-panel drug test is no longer applicable,” says Howard. “We’re still legally allowed to offer it, but you’re putting an employer in an awkward position if someone’s test comes back positive for marijuana. Since it stays in your system for a while, it’s not proof they were smoking on the job.”

Standerwick notes that marijuana remains illegal at the federal level. Her company is watching the case law closely—particularly since she is based in Colorado. “While there’s a law on the books based on action from cigarette companies who were trying to make sure employers couldn’t discriminate against smokers by making it illegal to base decisions on activities employees engage in outside of working hours, that argument has not translated as viable to marijuana use in court actions,” she says. There has been some related litigation surrounding marijuana use but, to date, those arguments have not stood up. If company policy includes no positive marijuana test, you’re on pretty sure ground with that policy at the moment.

Howard sees a trend toward employers removing marijuana from their searches, even in jurisdictions where it remains illegal. In the long term, he believes testing will include expanded scrutiny of prescription drug abuse as well as the standard focus on drugs such as ecstasy, heroin and cocaine.