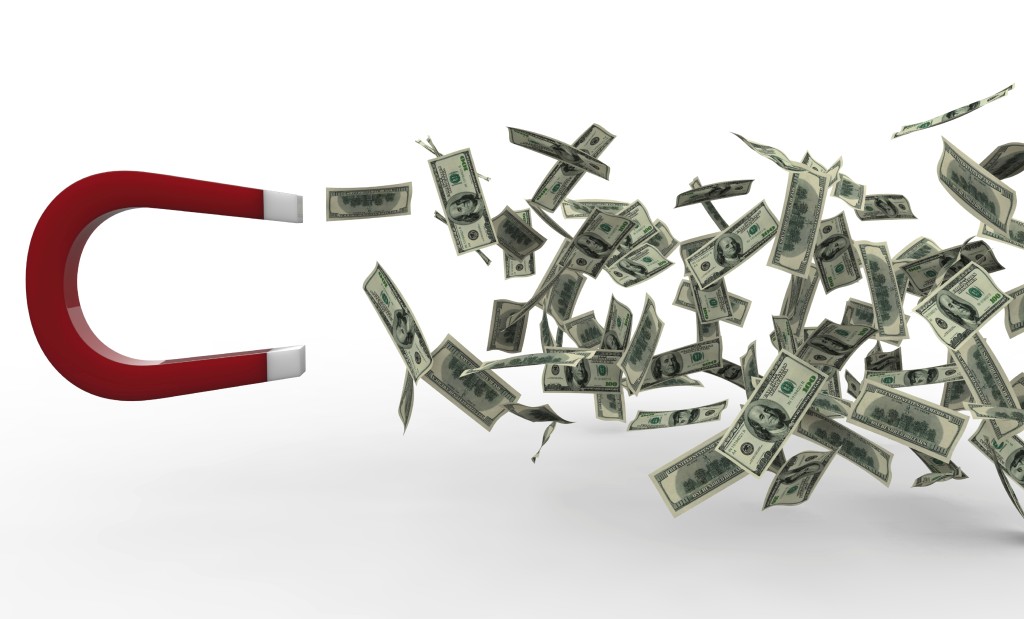 While pursuing a mechanical engineering degree from Louisiana State University, Ben Blanchard spent summers working for a property management firm that oversaw several Baton Rouge apartment complexes. He became a top leasing agent, and also started a painting business that leveraged that relationship— helping to turn over units for the landlord and earning him extra money on the side.

But that seemingly sound relationship took a turn for the worse when, looking to grow his paint business, Blanchard took on a $25,000 job. It was a quick turn that required extra man power and some impossibly long days.

The young business owner made good on his promise, but unfortunately the management company didn’t come through with its pay.

“That was my first business lesson. We got burned on our first job,” he said. “It took them a year to pay us.”

For Blanchard, now in the painting business for nearly a decade, the $25,000 owed to him at the time was a choke hold. He had to pay employees and extra laborers who helped him complete the job; and as a fledgling company, he barely hung on.

Today, the co-owner of Prestigious Painting in Baton Rouge says the experience shaped his business contracts and his approach to collections. He’s assertive, even bold, when it comes to dealing with nonpayers and has filed a few suits to date. And he has always gotten paid.

“Some painters think you’re going to get a bad reputation if you sue. I disagree with that. I think, personally, that means you’re serious about your business,” he added.

He, along with a few other paint- and service-industry professionals, offered up some solid advice on how to deal with nonpayment—and always come out on top.

Today, Prestigious Painting has about 20 painters who turn about 3,000 apartment units a year, among other work. After getting burned on his first job, Blanchard then addressed his contracts, invoicing procedures, and other paperwork.

He has used the same one-page contract for years. It clearly outlines that payment is due within 30 days of completion, that 18% interest is charged per annum on late accounts, and lists a very important $30-per-month late fee on all invoices. The contract also stipulates his right to collect attorney fees.

Perhaps more important to his process now is HOW Blanchard invoices customers. He gives the example of a job for 200 apartment units needing paint. He sends one invoice per unit, whereas in the past he may have sent an invoice with several units on it. With each invoice bringing $30 a month in late fees for a nonpayer, late charges can escalate quickly.

“It isn’t necessarily foolproof. There’s a lot of gray areas in there,” he added. “A judge could rule either way. But all of these situations have been settled out of court and I have waived those fees a lot of times. And I have always gotten my money, plus attorneys fees.”

While the tough approach may seem to run counter to relationship-building, Blanchard said it works for him.

Another important document for Blanchard is what he calls his ‘work completed’ form. It’s what a supervisor signs after job completion and a thorough walk through. The document also restates the late fees and attorney fee policies.

Dan Nocchi, owner of Hometown Painters in Mt. Prospect, a Chicago suburb, hasn’t had to toe a hard line with collections often. Reaching out to the customer and clearing up miscommunication resolves most matters.

“I always say it’s important to self-analyze,” he said. “Where is the disconnect in the situation? What’s driving the customer here? Is it an honest communication disconnect? Or do they want to renegotiate the contract?” Nocchi says it’s important to set the right expectations from the outset. In his contracts, he highlights the PDCA standards his business subscribes to when it comes to prep and coverage. He wants to make sure both parties are on the same page about the work being done before he starts the job.

Mike Agugliaro, co-owner of Gold Medal Service, a $30-million-per-year plumbing, HVAC and electrical service provider in New Jersey, is also a business coach to small service-industry businesses like painters. To him, “a lack of clarity and alignment” is the problem in most nonpayment situations.

“Make sure they know the service level being delivered and that it’s all written and signed off on. … When you have clarity and alignment, accountability just happens,” he noted.

The service industry pro says busy paint pros often don’t take the time to put clear systems in place for collections. “It’s about finding a simple system to do the very best practice,” he added. “Pay attention to the little pieces … take five minutes to map it out so you can have a healthy business for you and your customers.”

Art Snarzyk, CEO of InnerView Advisors, Inc, a business that helps companies hire the best employees, says many paint pros need to learn to be more comfortable talking about money and job specifics up front.

“Oftentimes, painting contractors are afraid to talk about money and how it’ll be collected,” he said. “I think you have to overcome that. Make a payment schedule, get a credit card on file, or get a check up front.”

Getting a credit card or down-payment check up front could, depending on your state’s laws, bring future advantages if nonpayment becomes an issue. Snarzyk, who himself ran a paint business for nine years, took a customer to small claims court for several thousand dollars past due. He won the case and then quickly learned that in Missouri, where he operated, he was allowed to use the checking account information on hand to garnish the customer and pay off the rest of his contract.

Even still, the former paint pro said he’d rather not have to take matters to that level. He utilized a payment schedule for his contracts and always preached open communication with the customer as the job went along, especially as it came closer to completion.

With customers who are tough to please and may be looking for ways to bring down the price late in the game, Nocchi said sometimes it’s worth tending to a slightly longer punch list to keep the customer happy. “It can come down to this: do you want to make them a satisfied advocate, or an adversary? The negative guys will bad mouth you to anyone around at any given chance,” he added.

Paint pros can also use liens to get the attention of an evasive payer. Nocchi uses an online service called Zlien that allows him to process a notice quickly and also offers a platform to track demand deadlines.

“You really shouldn’t think twice about it. It’s something that really has teeth,” Nocchi said. “It lets that person know you’re not messing around.”

With many paint pros looking to the multifamily market to build their business, owners of those properties have a vested interest in a clean title, according to Blanchard. Some states even have laws that allow a creditor who imposes a lien to pursue foreclosure.

“A lot of multifamily investors want to buy an asset, lease it up better and refinance it once it’s worth more. They’ll pull out the cash and invest in the next complex. With a lien, you can’t refinance,” Blanchard said.

Experts agree it’s critical to build up enough reserves over time to cover late payers. For Agugliaro’s company, he takes the approach of incorporating nonpayment into its annual budget.

“I’d like to say 10% of our customers have the same level of integrity we have … but you have to look at losses and build that into the budget every year to help lessen the blow,” he said.

Scheduled payment plans throughout the course of a job are also popular. For larger jobs, Blanchard makes sure he has enough payment in hand by a certain point in the process to pay his staff for the entire job. Agugliaro used to allow 30 days for payment, but now he usually takes a 25% deposit and sets a scheduled payment plan, where final payment is due at the completion of the job.

Paint pros and service professionals bring different approaches to assessing a customer’s ability and/or willingness to pay. Blanchard likes to look at leasing levels for multifamily units. “Anybody who has less than 70%, I won’t touch it,” he said.

For Nocchi, it’s about developing what he calls a ‘sixth sense’ when it comes to a customer’s expectations. Sometimes, for example, customers will want to just paint over areas that should be repaired first and may have expectations that it will look new. Some nonpayers will use these situations to withhold pay because of perceived poor workmanship.

“You have to listen to what they tell you and how they are responding. If there’s a disconnect and you can’t seem to get on the same page, you need to walk,” he said.

And if there’s a bad payer in a region, it’s important for paint pros to let each other know, Blanchard emphasized.

“We all talk. The supply is limited. You don’t want to be the customer who has five people you can call [for paint work] and all of them don’t want to do business with you. It’s important for customers to understand that,” he said.

Nocchi isn’t too quick to seek out legal help for those rare nonpayment situations. Sometimes, there may not be enough money to collect to justify the expense, he says. Blanchard, however, has found some attorneys willing to work on contingency for the roughly one time per year that he deals with the issue.

What is surprising about Blanchard is his willingness to do business with the same people he has filed lawsuits against in the past.

“My attorney thinks I’m nuts … but I know they have the money,” Blanchard noted.

Agugliaro, however, isn’t as quick to rekindle those relationships.

“I take it situation by situation. I’m a big karma guy. If someone is honest and they lost their job and they’re in a pickle, that’s one thing. But I don’t like abuse on any level. You take advantage of me, we’re divorced,” he said.