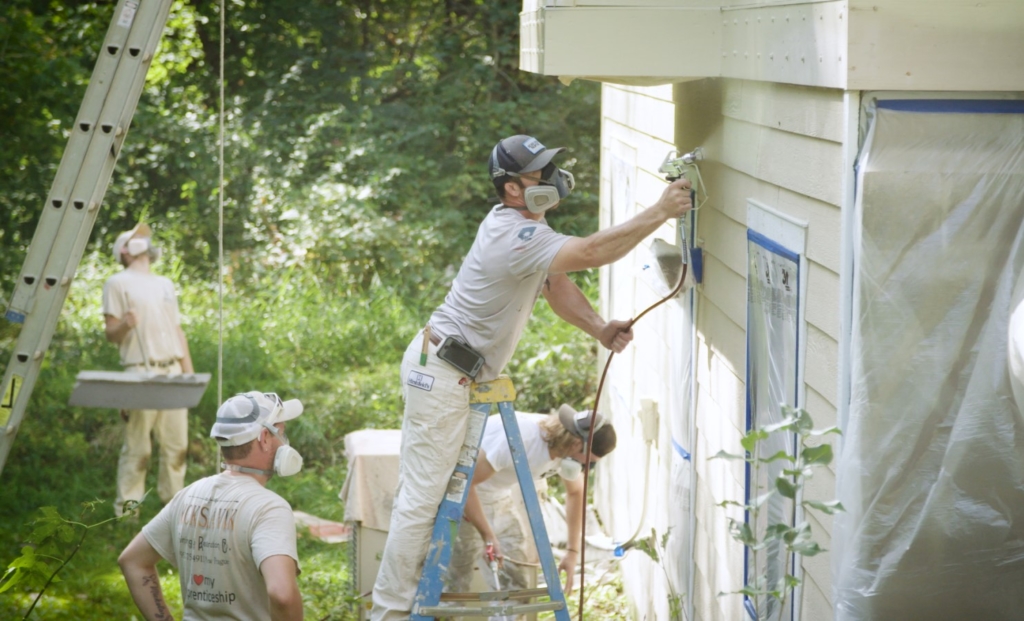 Titan Tool, Sherwin-Williams and three Minnesota painting companies recently partnered to support veterans, along with other downtown restoration efforts, in the city of New Prague—45 miles southwest of Minneapolis/St. Paul.

Headwaters Painting, LLC, Mr. Mole’s Painting, and Nick Slavik Painting & Restoration Co. teamed up with Titan and Sherwin-Williams to repaint a home and shed located between New Prague and nearby Prior Lake, MN.

A vet himself, who spent time in Afghanistan and Iraq, Slavik organized the effort by choosing a job from his schedule to designate as a donation project. His team worked with crews from the other two companies, sharing and learning new painting strategies throughout the day. At the end of the day, all three entities donated the job’s profit to the future New Prague Veterans Memorial, which is part of the city’s 2020 Main Street Reconstruction Project effort. The memorial will be built next summer. The Means, a local family who lost their son, Lieutenant Corporal Dale W. Means, 23, in Afghanistan in 2012, had taken on the task of fundraising for the new memorial to commemorate those service members who lived in and around the area.

“I’m heavily involved with the New Prague vets community. I wanted to provide as much value as I could for the group. My painting business is the best way to do that,” Slavik added. “Titan brought a whole truckload of sprayers and gear for us, as well as lunch, and Sherwin-Williams donated the paint.”

“When Nick mentioned this project to us, we were immediately onboard,” said Mike Collins, Titan’s senior marketing manager. “Based in Minnesota, Titan was honored to support the generosity of these three local painting companies.”

Slavik’s hometown was named after Prague, the capitol city of the Czech Republic in the 1800s, when an influx of Czech people came to the area, giving it its name. The village grew in the late 1800s when the Minneapolis & St. Louis Railway was extended to it. The railroad helped to expand the local agriculture industry, as the town added a grain elevator and flour mill. A vibrant main street grew as its small economy thrived into the 20th century.

Appreciated for its small-town feel while still being close enough to city amenities, the population of New Prague, with more than 7,300 people today, has been slowly growing since 2000. In 2017, its residents committed to revitalizing the main roadway, a plan which also included building the Memorial.

“That all these people were willing to donate their time and resources to the New Prague Veterans Memorial is really special to me,” Slavik added. 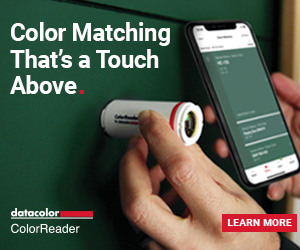