No ‘ceiling’ on color choices 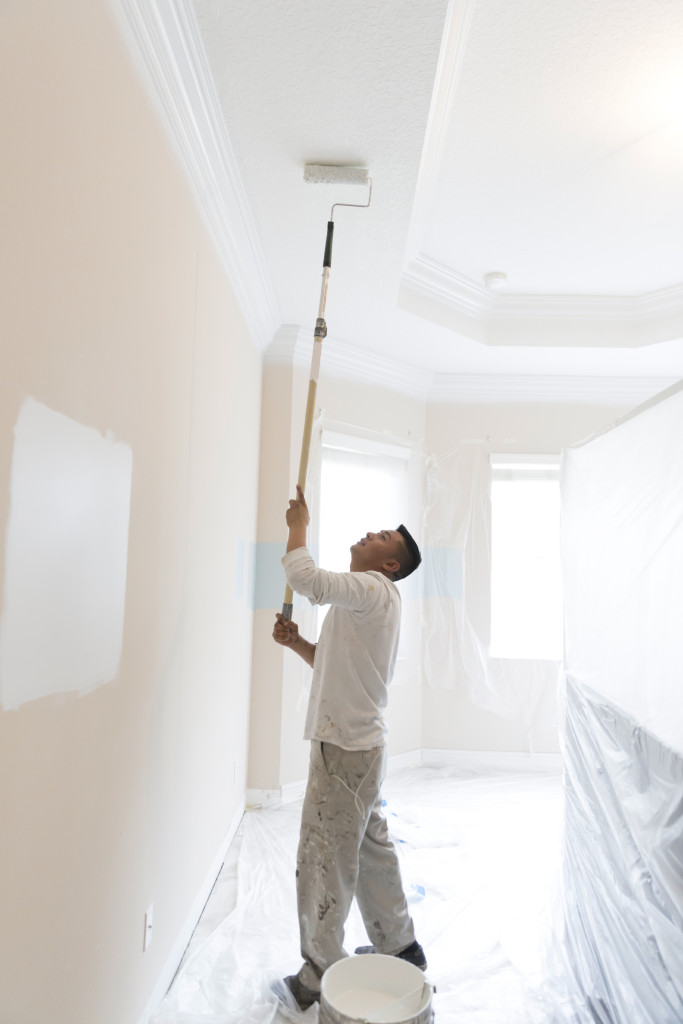 When a customer asks you to repaint ceilings, is a shade of white your immediate go-to color? It doesn’t have to be, many color experts say.

“I think it’s important to choose a coordinating ceiling color with the wall color,” said Dee Schlotter, senior color marketing manager for PPG Paints. “If walls are a neutral blue, gray would complement nicely on the ceiling, especially if the room’s furniture has gray in it. If homeowners are going for a more dramatic look, another option is choosing a coordinating color that’s darker than the walls. Black or twilight blue colors that mimic the sky look stunning on a ceiling with a beautiful lighting fixture.”

A ceiling can also make a statement and be dramatic, says Benjamin Moore color and design expert Andrea Magno. She says it’s a mistakenly held belief that dark colors make a ceiling seem low. In fact, a dark color can make a ceiling appear endless.

An important consideration for a bold-colored ceiling is whether or not the ceiling is separated from other rooms, she noted. With an open floor plan, if a kitchen opens to a family room where separate wall colors are used in each room, it’s important that the ceiling color selected works in both rooms. If the room doesn’t flow into another space, a more dramatic look with a darker color becomes more of a possibility.

“I would recommend a color other than white for the ceiling unless you want an all-white or pale room,” said Sara McLean, Dunn-Edwards Paints’ color expert. But she recommends white for vaulted ceilings or undefined spaces. Other than those exceptions, “great cut lines, a nice trim-work package, or areas to define are all great reasons to use a color other than white on the ceiling.”

“Color can create warmth, a sense of openness, and add a creative touch to any ceiling,” added Rick Watson, director of product information and technical services for Sherwin-Williams. “Be creative. If you don’t like it, you can always repaint.”

But, he cautions, “Using color the wrong way can draw attention toward the ceiling and not toward architectural features that should be accentuated.”

“Shoot a ‘let down’ of your wall color into your ceiling paint—somewhere between 5% and 20% of the colorant load for the wall color,” he explained. “Use the same ratio of colorants to produce an off-white that will soften the contrast between the walls and ceiling, an effect that can be subtle to overt, depending on how saturated you choose to make your ceiling color.”