PRO PICKS: 6 pros on the primers they lean on 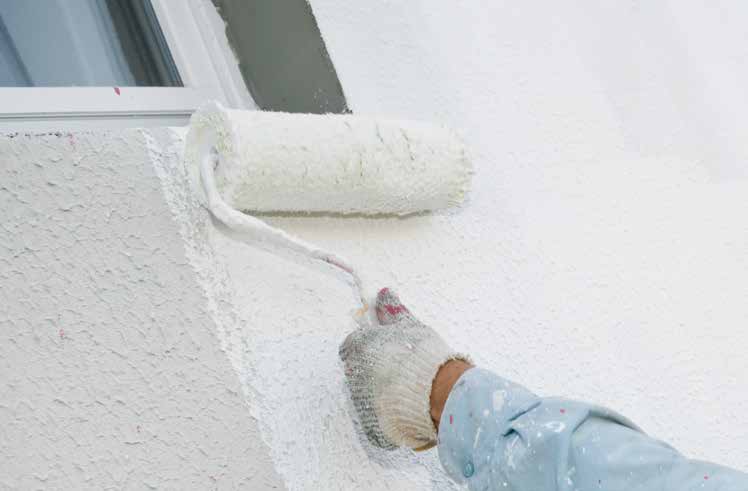 A good primer does a lot for you. It seals your surface, blocks stains, and helps give you even color when you paint. Depending on the substrates you’re working with and their condition, you might have several different go-to primers. So we asked six pros with a range of specialties which primers they prefer to work with—and why:

For Don Goddard, owner of All About Paint, LLC in Springfield, MO, interior work is the core of his business. He has three go-to primers, depending on the task at hand.

“I had another brand that I really liked until my rep introduced me to the PPG PVA,” Goddard says. “It is $1 cheaper per gallon and does a great job. It has a good consistency and doesn’t separate.”

For cabinetry, he likes Zinsser ALLPRIME Oil-Base Primer, Sealer & Stain Blocker. “It has a quick dry time; it dries to the touch in 40 minutes and can be recoated in two hours,” he notes. “Plus, it’s good at blocking stains. We’ve never had a failure with it.”

If he needs to block a lot of tough stains or if he’s working with a wood that has a lot of knots, like pine, he likes Sherwin- Williams ProBlock Primer, which is oil-based.

Based in the south suburbs of Chicago, Dave Kenealy handles mostly residential interior projects, including insurance work. The owner of L.A. Painting Services, Inc. (named after his oldest daughter, Lauren Ann) has had his business for 22 years.

In that time, he’s tried various primers, and currently turns to Zinsser products. He likes Zinsser B-I-N. “I like it for the better drying time than the water-based primers,” he says. B-I-N boasts a 35-minute drying time (re-coat in two hours) and helps seal up fire and water damage.

And he likes Zinsser Cover Stain Oil-Base Primer when dealing with exterior wood jobs that require scraping and priming. The product, he says, also helps prevent any tannin and bleeding.

“Primers are one of the most overlooked components of a paint job,” says Jason Phillips, who started Phillips Painting in 1997, now known as Phillips Home Improvements, and focuses on residential repainting in the Dallas area.

“Typically, what we’re dealing with on interiors is water stains, so we need something that’s going to block those out,” he says. His go-to products are Sherwin-Williams Fast- Drying Primer and their Multi-Purpose Latex Primer. Both, he says, are great for covering stains and giving you a good surface to work with.

“If we have some stubborn stains, we like a natural-white-pigmented shellac,” he adds. “The synthetic shellac primers, for the purpose of blocking out smoke and odors, don’t perform as well as the natural. We learned that the hard way.” His pick is Sherwin-Williams White Pigmented Shellac Primer.

For exteriors, Phillips, who works mostly with wood and wood-composite substrates, turns again to the Fast-Drying Primer. And for priming over rust (such as on window lintels), he recommends Sherwin-Williams KEM KROMIK Universal Metal Primer. “It’s a red oxide primer,” he says.

“There are oxide primers in white, too, but I use the red because it’s easier to tell if your painters used the right primer.”

Their most commonly used primer for drywall is the Sherwin-Williams ProMar 200 Interior Latex Primer, a PVA primer that he says is great at hiding flaws to give a smooth surface. Touch-ups are easy, too, he notes.

“Most of the metal we paint comes to the project shop-primed,” he says. “But if not, we like Sherwin-Williams KEM KROMIK Universal Metal Primer. It’s really good for protection from moisture, it’s rust-inhibiting, can be top-coated with epoxy or urethanes, and it’s easy to sand down for a smooth substrate.”

When a client has a need for a high-performance coating with lots of durability—such as exposed beams in a loft space or an industrial setting—his painters like Sherwin-Williams Macropoxy 646, a polyamide epoxy, for its durability, adhesion, fast dry time and high-build properties.

One thing, Loepp notes is that it’s important to monitor your re-coat window, and “be sure to follow the manufacturer’s recommendations on when to recoat, and follow the systems put together by the product manufacturer.”

For a lot of exterior projects, the company uses Sherwin-Williams PrimeRx Peel Bonding Primer. “There are a quite few cedar homes in our area,” says Mike Stuempfig, who handles commercial development for the company. “The wood is in various degrees of deterioration.” This deterioration affects a paint’s ability to adhere.

The product, he adds, goes on with a milky look but dries clear and, with a heavier hand, helps even out the surface. Plus, he notes, it stays flexible under the topcoat.

Both primers, he adds, are water-based, meaning an easy cleanup and low odor.

Jeff Sommers, owner of ESP Painting in Portland, OR, has a few primer picks for his residential re paints and other projects. His No. 1 primer for exterior work is XIM Peel Bond, a high-build, water-based bonding primer/sealer.

“I like it because it has a nice, thick body to it, and it helps smooth out scraped edges,” he says. “We have a 5-gallon bucket in every van.”

In select cases, he might also turn to XIM Peel Bond’s Trim Magic. “It’s a high-build, water-based bonding primer and can be applied extra thick to fill cracked paint and smooth out rough windowsills.”

For a lot of interior work, the Sherwin-Williams High Build Primer is his primary choice, which is perfect for filling in minor drywall damage.

“And if we’re going to paint trim or cabinets, I like Benjamin Moore ADVANCE Primer,” Sommers says. “It dries fast and powders up when you sand. And it’s low odor so to not disrupt the household.”