Rent or Buy: When Does Owning a Lift Make Sense? 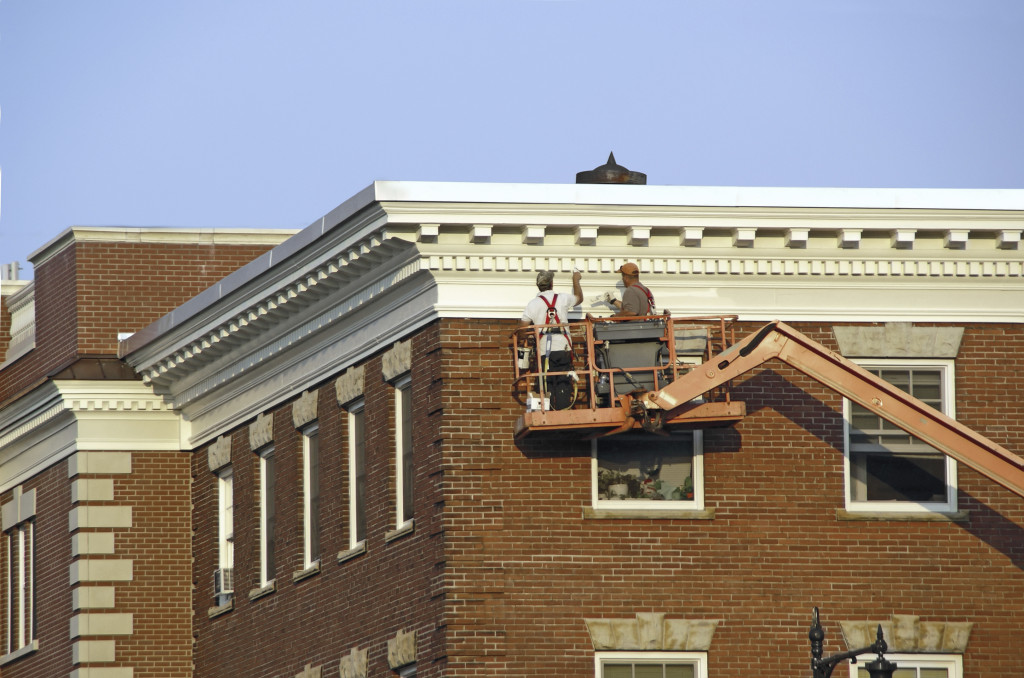 You’ve finally landed that larger commercial job—and it requires a scissor lift. So, you figure out a way to build a rental into your costs without harming your profit line. Heck, maybe you even find a way to tack on a markup for renting the equipment. In time, as you see more of these scenarios, you naturally consider buying a lift of your own. The move could bring convenience and will save you time and money in the long haul, you think. Not so fast, some of your peers say. There’s more to the decision than you might think.

Joe Dixon is COO for BigRentz.com, an online company that connects more than 1,500 equipment rental suppliers around the country to contractors in need of equipment. Dixon says the 19′ electric scissor lift is among the top five requested pieces of equipment in the rental industry, and it has been that way for some time. An electric scissor lift usually rents for around $100 to $135 a day, or $600 to $800 a month, depending on the region and supplier.

“A larger painting contractor could have multiple jobs going and they might own a few of their own, but most other contractors will ultimately rent,” he said. Dixon’s team also fields calls from contractors who want to purchase a scissor lift. He is happy to refer them to one of his rental suppliers who may also sell new or used equipment. But after contractors take a closer look at the prospect of owning a lift, Dixon says many stay the course with renting.

“Maintenance on the machines is relatively minimal. You just have to keep the battery charged. But one of the main reasons people rent versus buy is they don’t have to worry about transporting it,” he added. “The availability of lifts, along with the ease of renting these units, makes it an easy decision for painting contractors to rent, even if they own units.”

Dixon’s suppliers usually charge about $125 to deliver a piece of equipment to a job site. Tim McCahill, owner of McCahill Painting Company in Chicago, says painters who are new to scissor lift rentals may overlook seemingly small delivery details like, for example, how a job may not have a dock that is the adequate height for getting the scissor lift inside. Most rental companies are good at circumventing these situations.

“These are complications [for a painter],” McCahill noted. “Then you have to think about if you have a building to store it, and if you have a big enough truck and trailer to haul it around.”

“Many of my customers want to see the [certification] card before the guy even gets on the lift,” McCahill added.

Some job superintendents will also require operators to wear body harnesses. This is most common for operators of larger articulating boom lifts, but McCahill says he is increasingly seeing the request made with small scissor lifts, too.

McCahill owns two 19′ scissor lifts, and he says they are almost always in use. He is looking to add two more lifts to his fleet, as his revenues seem to justify the added expense.

With a focus on larger commercial and industrial work, his company sees its share of large jobs. It does about $3 million annually and employs about 16 painters during the busy season. A new 19′ scissor lift can cost roughly $15,000, and there are plenty of suppliers who will sell used ones for less, he adds.

DRAWING A LINE BETWEEN RENTING AND BUYING

On the other hand, the longtime pro draws a clear line in the sand between which lifts he is willing to buy and which ones he chooses to rent, even though the rental bill is quite steep.

He spends more than $100,000 annually on rentals. Most of that money goes toward large, straight or articulating booms ranging from 40′ to 135.’ It’s not uncommon for him to rent a 40′ boom in May and keep it until November, and he happily pays a delivery fee to move it from job to job during those busy months. A straight-stick 40′-boom rental runs around $2,500 a month, whereas a 135′ boom can run up to $10,000 a month, he adds.

Mike Shaffer, owner of a Five Star Painting franchise in Temecula, CA, prefers the convenience of renting in all cases, even when it comes to smaller scissor lifts. He uses a boom or scissor lift on about 20% of his jobs.

“It’s not like you can write off mileage, like with a company vehicle. It’s just a direct cost. I’d rather let someone else maintain, clean, fix and move it,” he adds.

At this point, McCahill won’t even consider buying a larger straight-stick or articulating boom lift, which can cost several hundred thousand dollars. Larger articulating booms tend to run on diesel too, he added, bringing more maintenance costs than the electric scissor lifts. Due to their sheer size, they bring their share of headaches when it comes to storage and transport, as well.

“I’ll have five or six lifts on various projects at once, but to own all those lifts? Forget it. That would be incredibly expensive,” he explained.

Andrew Amrhein is a senior business coach for Nolan Summit Services, Inc. in Pennsylvania. Nolan Summit works with nearly 100 contractors, more than half of which are paint pros. Amrhein says the question of whether to buy a lift or not comes up frequently with his customers when he works with them on budgets and business plans.

“This question comes up a lot and it’s a tough one. It doesn’t really have an easy answer,” he said.

He does, however, offer one simple piece of advice to all of his customers.

“Never buy a lift without a budget or without understanding how much revenue it must generate to pay for itself,” he said.

Amrhein says a painter’s decision to buy a lift is either strategic or financial. A strategic decision, he explains, means a pro is usually eyeing a new line of business that requires a lift. In some cases, some of that work may have already been secured. But is that business a one-shot deal? Or has there been some promise of future work? Even more, have contracts for future work been signed? These are just a few of the questions he poses to his customers.

“If you want to expand and are testing the water, you probably want to rent,” he adds.

A financial decision to buy or rent, he adds, is where a contractor already does considerable work in a sector that requires a lift. In this situation, the contractor may have been renting for several years. The paint pro is ultimately trying to answer the question: Do I actually save money by buying the equipment instead of renting it?

Amrhein encourages contractors to be realistic with their math when purchasing a lift or another piece of equipment, and to also look well beyond the pay-off period.

He gives the following example:

If you have a 50% profit margin and you purchase a $15,000 lift, you need to see $30,000 in revenue to cover the cost of the lift. But it’s important to think beyond immediate needs and more about the total revenues that equipment could produce. Can that equipment, be it a scissor lift or something else, help you produce $300,000 more in revenue? That question may not be easy to answer at first.

“Frankly, if you buy a $15,000 piece of equipment and are making $30,000 in business for the year with it, the spending is eating all the profit, and you have to ask yourself if the profit will be there the following year. And also, can it continue for the next three years?”

Accessibility to the rental company could be an issue for some; in other situations, the customer service and/or equipment may be unreliable.

“These are factors that can accelerate a decision but, bottom line, you don’t want to buy a lift on a wild hair,” Amrhein said. “Don’t make this decision off the cuff. Put a budget around it. It’s not just about ‘Will the machine pay for itself?’ It’s ‘Will the machine make the company money?’”

Amrhein also suggests weighing the opportunity costs of not buying a different piece of equipment like, for example, a van for a working crew.

“We see people buy a lot of equipment that just sits there when they could’ve bought a van for a crew that would be out there making money right now,” he added.

However, Amrhein has also seen paint pros rent their lift to other contractors with whom they have a good relationship. This approach not only allows the owner to make a little revenue off of equipment that might otherwise sit idle; it also allows a contractor considering a purchase to try the equipment out before buying.

Research is critical when buying any piece of equipment. But when it comes to a lift, looking at the investment from both logistics and financial perspectives is key. In most cases, if the lift won’t be in constant use, you might be better off renting, even for the long haul.