Shaking Up Sales in the Paint World 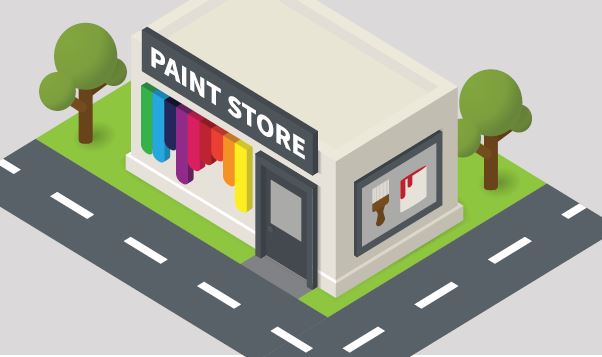 Independent paint stores haven’t had it easy over the past five years. The cost of raw materials skyrocketed in 2010 and 2011, which in turn, led to increased product costs. Add to that the increased pressure and price competition from big-box home-improvement stores and it’s no surprise the number of stores dropped from 9,443 in 2006 to 8,783 in 2015 (IBISWorld’s Paint Stores in the U.S.).

However, not everything related to the industry is painted blue. In the same report, IBISWorld predicts revenue for paint stores is projected to increase at an average annual rate of 2.8% over the next five years to $13.8 billion in 2020.

A rebounding economy and housing market both bode well for paint stores. According to Phil Merlo, president of the Paint & Decorating Retailers Association, as the economy improves, homeowners who had been taking on paint projects as DIY efforts will turn to professionals to help with projects.

“They choose products based on quality and performance instead of price, as many consumers do. Plus, they tend to be brand loyal. This is good for independent retailers as we often carry the brands you can’t find in the big-box stores.”

GOING OUTSIDE THE BOX WITH SERVICE

Merlo admits that competing against big-box stores is a challenge.

“It’s hard to compete when big-box stores are selling product for just slightly above what you’re buying it for,” he explains. “That’s why it’s important for independents to differentiate themselves on something other than price. If you go for just price, you can’t win.”

Among some tactics that independents are successfully using to attract and retain customers are Painter Days, job-site delivery, job-site lunches, and in-store demos.

Merlo, whose family operated Merlo Paints has been in business for more than 60 years, recently brought back Painter Days to his operation.

“The point is not to sell products at a deep discount. It’s about building a relationship with contractors … to have them recognize that we have the product, the knowledge, and the resources to help them get the job done right,” says Merlo.

Toward that end, Merlo makes sure that his staff always responds to contractor calls for job-site deliveries.

“It doesn’t matter if it’s a gallon of paint or a roller cover, if they call and they need it to get the job done, we’re going to bring it to them. I don’t think you’ll find any big-box going out of their way at that level.”

Other independents are finding their way to contractors’ hearts with, you guessed it, food. Job-site deliveries of lunch or late-day pizzas are not uncommon and certainly one way retailers are making themselves welcome at the workplace.

In recent years, many retailers have begun carrying industrial and other specialty coatings not carried by large chains.

“Having what’s needed is certainly one way to get them in the door,” says Merlo, “But it’s really the expertise an independent can offer that keeps people coming back.”

Merlo notes that when a contractor is using a new product or tool for the first time, they need to feel confident the information and advice they’re getting is correct.

“It’s important to make sure your staff is current on new technologies and tools,” says Merlo. “Trade shows are a great place to do that. It may cost you a little, but it can give you a distinct advantage over other stores. The paint may be cheap at big-box stores, but you won’t get the knowledgeable service. And real pros know it.”