Why didn’t I think of that? Four unique and helpful paint tools 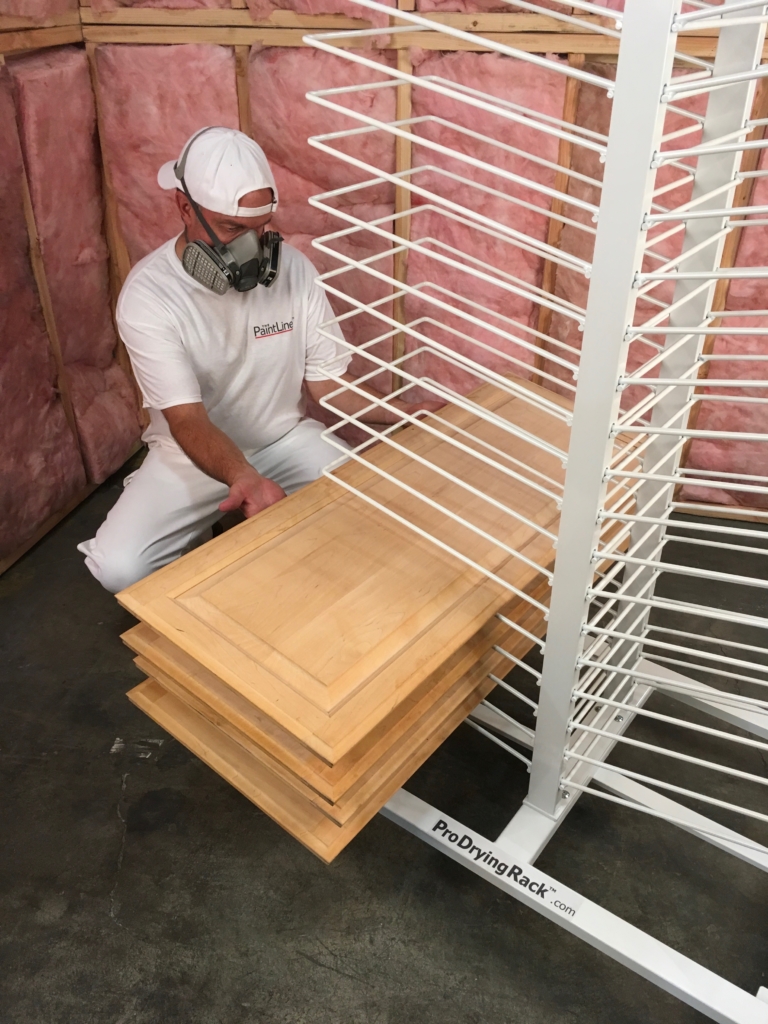 In the world of paint tools, new product ideas can show up in a passing moment for any paint pro facing an on-the-job challenge. Some seize those moments and create products that fulfill a need.

That was the case with the Dual Head Tip Extension from Hyde Tools. Mark Cowan, a paint pro in California, thought of the idea in 1996, while painting a Sears department store ceiling. He wanted the job to move along faster, so he went to a Home Depot and bought gas pipe, a t-section and adapters to match the threads of his existing sprayer tips. With those supplies, he built a dual-tip extension. The crude assembly essentially doubled his fan size and cut his spray time in half.

“We blasted a ceiling out in an hour,” he recalled.

With his work shifting to custom home interiors, Cowan abandoned the idea for more than a decade, but rekindled it when he was hired to paint a parking garage five years ago. It worked great, and he started using it on custom home interiors while tinkering with offset tip designs. He partnered with an engineer, Keith Snyder, to build an aluminum prototype and, by 2016, the product was being sold in Sherwin-Williams stores. He later partnered with Hyde Tools to manufacture and sell it.

“The whole idea is that when you spray, that second pass has an overlap of about 30% to 40%. This cuts out the human error for that second pass. Plus, if you do 50 passes with a single tip, you probably only have to do 25 with this,” Cowan said.

With thousands sold, the product has won over its share of painting professionals. Here are a few other unique tools that are catching on with paint pros.

About five years ago, Chris Clarke, a career painter, got the idea to create a mat cap for one side of a roller so he wouldn’t have to use a brush for corners. The move saved him considerable time, and after finalizing prototypes and patents, 18 months ago the Corner+Roller hit the market. The 9″ roller cover is available in two nap sizes, and can be bought in two-packs or in bulk.

“We now have commercial contractors buying from us on a monthly basis,” added Chad Clarke, Chris’s brother and company cofounder.

If you’ve been wrapping plastic grocery bags around your brushes and taping them at the handle for years, the BrushBaggy line may be a worthwhile investment for you. Developed by sculptor and DIY enthusiast Dustin Martin, the line has been on the market since March 2018.

The concept is simple: instead of constantly cleaning a brush or roller during breaks or downtime, these plastic sleeves slip on, seal, and stay airtight. You can store the brush for hours, days, a week or more; and in the case of rollers, even a month. Pros appreciate how inexpensive the disposable product is, along with the time saved with not having to clean so often. There’s also a conservation/environmental benefit in minimized water use.

It’s a head scratcher to think that so many pros refinishing cabinets still devote a couple hundred square feet of a home or garage to let cabinet doors dry. Since the late 1990s, PaintLine has offered a portable ProDryingRack with 50 shelves, taking up only 6.5 square feet of space.

Pros also like the company’s SprayTwirly paint stand with a spinner assembly that allows you to spray a cabinet door from all angles. Its new ProDryingRack SD (PSDR) uses cup-hooks to hang cabinet doors so you can spray them from all angles as well.

Developed by a company that creates products for other industries, too, PaintLine studies on-the-job challenges of contractors. “We saw what painters were doing and tried to solve their problems,” said owner Kyle Robinson.

To read about other products that make life easier for painting professionals, visit inpaintmag.com