In Praise of Sprayers 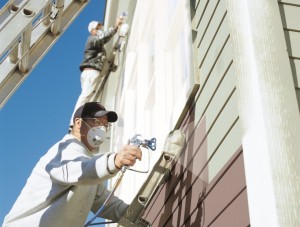 When Terry Begue started in the painting business nearly three decades ago, he quickly began to think that being a great painter didn’t always translate to profitability. That thinking changed about five years into running his company.

Aluminum siding jobs are very prevalent in Akron, OH; so Begue began fine-tuning methods for quickly and effectively handling these jobs. That was when the pro learned that his sprayer is probably the most important tool at his disposal.

“The key to this is, ‘spray everything you can possibly spray.’ Because of that, we’ve been killing it for the past 25 years,” he said. “Brushing and rolling requires a certain level of skill and it costs more. The sprayer is like the cash register. If it’s not pumping, the cash register is not ringing up sales.”

Begue now markets his techniques to other paint contractors through his e-book: The Wealthy House Painter’s Guide to Having it All. While the book touches on important marketing techniques, it also goes into application principles that can speed along the job. Begue’s teams use them, and are able to paint about 120 houses every spring-summer painting season in northern Ohio.

“With our system, everyone has a role on the job, and the unskilled guys do nothing but mask and cover … we only brush about 10% of the time,” he added. Begue is not alone in relying on the sprayer to keep him profitable. Plenty of other painters will likely make similar claims. Begue, along with a few other pros, recently shared which brands and models they’ve come to trust through the years.

Having painted more than 3,000 homes in the past 25 years, Begue has always been impressed with the longevity he gets from his Titan Impact 440 airless sprayers.

He has paid between $800 and $1,000 for the units through the years and usually gets about 400 to 500 jobs worth of service before making the decision to either rebuild or replace them. Begue says he often replaces machines once they need major maintenance like piston repacking or seal replacement. “I can buy new parts, but it’s really not worth it. The units are so cheap … we could buy one every week and still be profitable,” he added.

For maintenance, Begue has his teams run about 10 gallons of water through the system to clean it out after every job. He also stores his machines inside a heated garage, which can reduce some weathering as well.

Jim Handzel, senior product manager for Wagner and Titan electric sprayers, says the Impact 440 is a, “longstanding, industry-known sprayer.” It was released in 1986 and was the first portable sprayer selling for less than $1,000, Handzel noted. He also says Titan utilizes considerable pro painter feedback when it comes to updating the 440 and other sprayers. Though the model hasn’t seen many changes, one upgrade was the auto-oiler, where with the push of a button, an ounce of oil sprays onto the piston and rod in the unit’s upper packing area to prevent excessive wear. In 2002, Titan introduced a higher-efficiency brushless DC motor for the 440 as well.

“We try to get feedback in stores, through warranty registration information, and we’ll do field-testing, surveys,” Handzel noted. “We’re always listening to customers and many are wanting easy maintenance features.”

Fabio Silva won the CertaPro Crew of the Year Award in 2014. He prides himself on speed, efficiency and quality when it comes to his jobs for his employer, CertaPro of the Main Line in PA. And he relies heavily on his Graco sprayers.

The pro puts his trust in the Ultra Max II 595, 795 and 1095 airless paint sprayer models. A few thousand dollars for the pro models is worth the investment, he says. He likes his 1095 for its ability to handle two hoses. It’s not uncommon for him to use it with painters on separate floors of a two-story apartment building. “I do a lot of big jobs; lots of commercial stuff. That machine really helps,” he said.

Above all, Silva likes how easy it is to find parts for his Graco sprayers. He does his own maintenance and refurbishing. One of his machines is 17 years old and showing no signs of slowing. “I don’t want to pay someone to do the work when I know I can do it myself. Gracos are really easy to figure out and it’s easy to find parts. I replace the pump kit every two years and the piston every five to seven years myself and they just keep going,” he said.

Bill Walloch, general manager of Brad Stoner Painting in San Diego, CA, believes in both Titans and Gracos. He uses Titan sprayers for smaller jobs, but leans heavily on his Graco pro units, like the 1095, for most of his big jobs. Brad Stoner Painting is a large painting contractor with 10 crews. Most of his teams are more familiar with Gracos and request them, he says. “Overall, we get over five years out of each unit. Usually, we’ll buy two new ones every three or four years and cycle out some of the older ones,” he said.

PRICE, AND WORKING UNITS TO THE MAX

Not all painters are willing to spend thousands of dollars on a unit. But they still need to get the most out of what they have. Jeff Pinosky, owner of Classic Shades Painting, in Phoenix, AZ, primarily relies on Gracos as well. But Pinosky isn’t afraid to admit that he loves the smaller, portable models like the X7 and ProX9 airless sprayers. He typically finds them ranging in price from $300 to $500 new, and he can find reconditioned ones for a great price too.

He uses a wheel bracket that allows him to mount a five-gallon bucket next to the sprayer. Pinosky is candid about the fact that he’s likely to burn through a machine after a year of painting a lot of stucco exteriors in the harsh Arizona desert, which can see high summer temperatures routinely climb above 110.˚

Like Silva, he says Graco machines are easy to maintain and fix, but sometimes he just spends his money on another unit instead. “Sometimes I’ll repack the piston, but sometimes it’s just not worth it,” he explained. While he’s largely loyal to Graco, Pinosky has seen success with Titan sprayers as well. But he steers clear of any other brands. “With sprayers, it really is like the difference between a Mercedes and a Hyundai,” he said.

Pinosky also recommends keeping hose lengths reasonable for maximum performance. “Keep them between 75 and 100 feet. Otherwise, the machine has to work harder to pump,” he added.

Karl Crowder of Crowder Painting in Colorado Springs, CO has been in the paint business for more than three decades and has come to rely on his Graco Ultra Max II 695 airless unit. Crowder says the sprayer can handle larger jobs but is still light enough for one person to cart around a job site. “I would say when it comes to sprayers, that size is a really good professional model,” he said.

For about $150 to $200, Crowder has the piston and packing rings replaced every 300 to 500 gallons. “I just take it to the paint store and it’s done in a week. Professional machines are designed to be fixed. It’s expensive to buy them, but you can get them fixed, so they’re worth it.”

Sam Attenberg, founder of Advanced Painting Group in Carlsbad, CA, says he stumbled across his Graco 1095 airless sprayer about a decade ago when he was starting out in the business.

Attenberg does a lot of custom-home painting, and paid more than $3,000 for his machines. He puts about $500 into a rebuild every few years and is happy with the results. “We’ve rebuilt them a couple times. I have two crews that can use two hoses at once. They’re great for all kinds of jobs. To be honest with you, I didn’t know any better … I needed a sprayer for a job and the guy at the counter showed me this one. I bought it and have been really happy,” he said.

Attenberg is meticulous about maintenance, too. He shies away from doing any of it himself and would rather focus on building his business instead. But he doesn’t skimp on upkeep either. “I’m not one to mess around with things. I’m the type of guy where if a belt is loose, I just replace it,” he said.

For thicker elastomeric paints, Crowder uses a high-powered gas airless SprayTech unit. The sprayer more than covered its hefty $5,000 price tag in its first year. He has used it on heavy coatings for block walls and larger commercial jobs requiring heavy paints.

“Some of the paint I deal with is thick. If we want to bid those kinds of jobs, we have to have that kind of equipment,” he added. “I even have a 300-foot hose on it and can snake around a building if I have to.”

Several pros also mentioned keeping a high-volume, low-pressure (HVLP) unit around. HVLPs are known for significantly reducing overspray. They improve transfer efficiency by pushing a higher volume of paint at a lower velocity through the tip. This also requires the painter to spray closer to the surface, reducing waste. They tend to be the best choice for fine finishes like cabinets and wood trim. Begue himself keeps an HVLP unit around for certain lacquers and varnishes.

However, some pros have learned to get a finer spray from their high-production airless sprayers. Crowder has even leaned on his hulking SprayTech unit to break down a thick stain or paint for a fine finish. “Some will dial down the pressure (on an airless unit) and use a special tip configuration,” Handzel added.

Even still, most pros want a workhorse that can cover a lot of surface. For that, most pros still look to an airless sprayer. A 2014 survey of professional painters asked: “What piece of equipment can’t you live without?” A whopping 89% of pros said their airless sprayers.

“Airless sprayers apply paint very fast, and you can get high production out of them,” Handzel added. “The downside is the transfer efficiency of the paint actually getting on the surface isn’t as good. … There’s a lot of paint going into the air. You have to do more prep with airless, but you more than make up for it, from the contractor’s perspective, because of how fast you can apply the paint.” 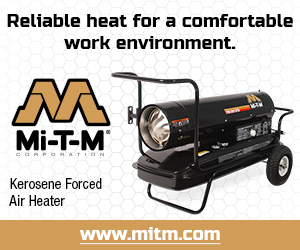