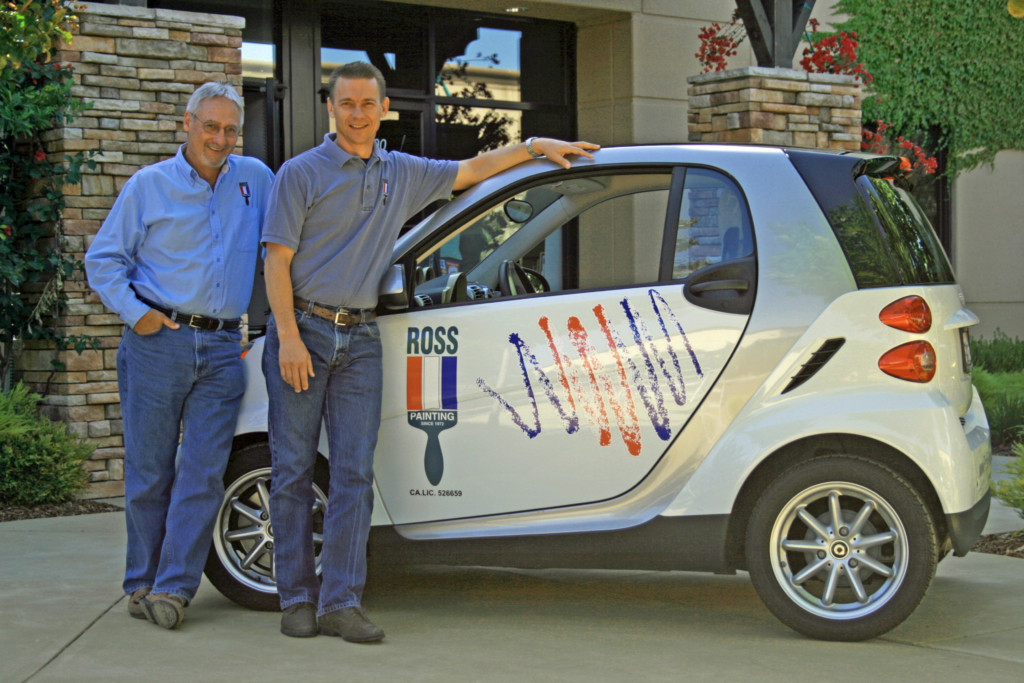 “I think green is still relevant” says Dan Ross of Ross Painting, based in San Rafael, CA. “The reason I feel so strongly about green products is that the people affected the most by carcinogens in materials are the painters in my crew. The homeowners are exposed for a while, but we’re around it all the time. That’s why I’ve been on the green side for a long time. And I don’t want to go back to what we used to do as an industry: digging a hole, pouring oil-based waste into it and burying it. That wasn’t a good practice for the environment.

“We’ve had a 50-gallon drum for toxic waste in the back of the shop for a long time, but nowadays it takes much longer to fill. In theory, some of my painters might prefer old-fashioned paint, but I’m glad I’m using the drum less and I’d like to get it out of my shop completely.”

Even dealing with nontoxic paints represents a logistical challenge, since specialized waste management facilities may charge contractors for dropping off unused gallons. A few years ago, California instituted a program similar to the recycling deposit many states have for aluminum cans and bottles. “When you buy a gallon of paint, there’s an extra charge for a recycling fee,” Ross says. “Once we have enough gallons to dispose of, we can call the paint store and they’ll pick it up.”

Because the U.S. Green Building Council (USGBC) does not certify or validate any products other than a completed building project, paint products ultimately play a supporting role when it comes to LEED certification. “If all the customer wants is painting, the nature and scope isn’t eligible for certification under the LEED rating system, which is a holistic approach to design, construction, operations and maintenance of a completed project,” says Brendan Owens, senior VP at USGBC. The requirements for indoor paints and coatings reference entities such as California Department of Public Health and California Air Resources Board, which address the emissions of VOCs, formaldehyde, and all the components that make the paint and the off-gas from the paint as it dries. Owens recommends speaking to manufacturers if you’re curious about the changes to LEED standards. In most years, the changes have been minor periodic addenda and clarifications to improve the rating system. October 2016, however, was different.

“Previously, it was mostly about credits for low-emitting paint,” Owens says. “In the way that LEED deals with materials in the new version, there are a whole host of other places where paint can play a role, and where paint manufacturers can demonstrate how they’re stewarding environmental and social leadership.”

Basically, there are now three versions of credits: one deals with life cycle assessment; one deals with the human health impact from building materials; and the third is about the raw materials for products. “It’s an innovative way to go beyond just talking about the emissions, and gives a much more complete picture,” Owens says.

“One of the advantages for contractors is that they have the ability to differentiate themselves from the competition by using paints in compliance with the new LEED ratings, whether or not the project is being driven by LEED or intending to be certified by Green Business Certification Inc.,” says Owens. “If it’s an entity such as a school or municipal building that has mandated LEED building, you can upsell paint specifications and LEED credits as a foundation. When you get to residential and small commercial spaces, you can not only talk about reduced VOC off-gassing, but things like lower carbon footprint, more efficient resource usage, or job creation if it’s manufactured locally. Being a good citizen resonates with a lot of people.”

A few years ago, Ross says, it seemed like green was all the rage on painting contractors’ websites, logos and vans. That simply doesn’t stand out as much anymore, as more environmentally sound products became the rule rather than the exception. “Everything available to us in northern California is pretty clean stuff, even compared to five years ago,” he says. “As I think about it by anecdote, fewer people ask me about it. From a sales perspective, our latest iteration is for us to listen and advise. It’s not about me telling you how green I am. But as I listen and hear concerns about health, the conversation can go to how far the customer wants us to go. A young family with kids might be hyper-aware and ask about zero-VOC paint—and that if that’s what you want, that’s what we’ll do. If it’s not important, we won’t talk about it since we know we’re going to be using products that are regulated to be relatively clean.”

Training is another key component. “We have the green conversation with new hires,” Ross says. “Once you get to be a bigger company, though, it’s harder to keep track that people are doing what you intend them to do, even if you’ve trained them well.” Using paint with lower VOCs is like having an insurance policy so you don’t have to worry as much about ventilation—and rags soaked with water-based paint aren’t going to burst into flames.

“The way we talk about materials now in green building and in general isn’t binary, as far as is something green or not,” Owens says. “The question is how does it compare to the alternatives. If an oil-based primer enables you to use less topcoat, you can say yes, if you do this, it reduces the overall resources. At the same time, it comes with trade-offs, such as the off-gassing that you don’t want. The ingredient disclosures and other LEED items are about providing information that allow you to make those decisions. You need to do a bit of research to understand it.”

Beyond the paints themselves, this same principle applies to application. Is it better to use several gallons of water to clean a brush— or just throw it away? Spraying may allow you to use less paint, but have you taken into account the fact that running a compressor uses gas or electricity?

Within his overall green approach to materials, Ross answers with a pragmatic, business-oriented approach with his 20-person crew. “We don’t use much oil-based paint anymore, but we use a product developed by a local guy that’s very Earth-friendly for restoring dried-out brushes,” he says. “The big thing is the labor. If a brush is $15 or $20, do I want a guy spending 15 or 20 minutes every day dealing with cleaning? We give them a stipend for new brushes when the cost-labor equation doesn’t work.”

Because of the enormous amount of water needed for cleaning—and the fact that he can’t pour the water down the drain—Ross doesn’t clean rollers anymore. “We try to minimize dirty water, and tend to throw away lots of things these days,” he says. “If we’re going to be rolling the same color and product for a couple of days, we just keep them in the bucket or wrap them in plastic to keep them wet. At the end of the job, we wring the excess into the bucket, and throw the rollers away.

For the newest LEED credits and requirements, visit USGBC.org/credits

You can up your green game with a simple review of processes and practices—and an eye toward reducing waste—ensuring the health of employees and customers, and protecting the planet. Share your thought process with your entire company and your customers so they can appreciate your approach and embrace your practices and green conscience.