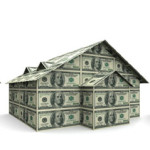 Jay vanWormer is a pragmatic guy. An engineer by trade, as well as President of the Tiburon Homeowners Association in Fountain Valley, California, vanWormer can’t help but look for efficiencies in every task he undertakes. And with 513 units contained in 166 buildings under his watchful eye, there are a lot of areas to look for efficiency. One area that recently attracted vanWormer’s attention was maintenance.

He explains, “Our complex is made up of stucco and wood, and we’d been using the same paint contractor and the same brand of paint for quite a while. The product was performing okay but, to be honest, the service I was getting was less than desirable. It was the kind of situation where they’d make the sale and I’d never see them again,” he explained. “Given our volume, I thought we deserved better than that. Plus, I thought it was pricey.”

So when the time came to repaint, vanWormer approached his board with a well-considered proposition. “Basically, we’ve done this before. We were smarter for the experience and I thought we could be smarter about how we chose our paint, our contractor, and even our color scheme. And,” he adds, “I thought it was time we revisited exactly who was buying our paint for us.”

The first thing he proposed was that the HOA buys the paint rather than the contractor. “This gave us control over the purchasing,” he explains, “and helped us avoid overbuying paint, and having any paint left over at the end.”

Next, he decided to explore their paint company options. “In the first round of discussions, we talked with five companies about their product, warranties, expected life, and color services. One company had nothing to offer in the way of color services so they were out. After that, we moved on to pricing,” says vanWormer. “I had them quote based on volume to see what they could do. Right away, I cut two more. The prices were just way too high.”

With two companies left, vanWormer decided to put the paint to the test. “I approached the reps from the two paint companies I had narrowed it down to. I told them I wanted to have contractors paint a portion of a given building with the different brands of paint. I wanted to see how well the product adhered, the sheen, and ease of application,” he explains. Both companies agreed, and in a matter of a week, the test was complete. VanWormer gave it a few weeks and then, based on appearance, durability, and price, he committed to using BEHR PREMIUM PLUS ULTRA® Exterior Paint & Primer in One. “It wasn’t the cheapest, but it was the one that was going to give the performance I wanted.”

With one big decision down, vanWormer still had a few more to make before getting the project going.

While the contractors and paint companies engaged in early discussions with vanWormer, he had also been working with his color selection team. Made up of trusted individuals, the team was charged with developing four unique color schemes for the property. The group quickly determined that each palette should include three colors but weren’t quite as decisive on selecting the specific colors.

“The last time we painted, 11 years ago, we selected the palette by painting a couple of pieces of wood different colors and leaning them against the building. Not very sophisticated,” he says. “Since I knew I was going with BEHR® paint, I decided to use their color services to take our color-selection process to a new level.” Working with his color-selection team, vanWormer’s Behr Pro Rep produced a series of 20″ x 30″ color boards representing each scheme. The team narrowed their choices even further, and the rep then developed full exterior elevations depicting how each element of the buildings would look. “At that point, each of the color-selection team members made their final picks,” says vanWormer. “However, I still had four unique schemes from which to decide.”

With his choices for both color and a contractor narrowing down, vanWormer decided to put it all to the test.

“Given I had already selected my paint,” he explains, “I decided to try out both the contractors and the color schemes at the same time.”

“It was a lot to ask,” admits vanWormer, “especially since I asked them to do it for free. And, given the ultimate job would require 5,000+ gallons of paint, I asked my Behr Pro Rep to oversee the application to make sure it was being done right. Again, it was a lot to ask but, frankly, we’re a big client. I knew they were hungry for the business and, as I suspected, everyone agreed.”

Over the next few weeks, the contractors and rep were on the job. The rep made sure the paint was applied properly as well as checked the application thickness once the paint had dried.

“I didn’t want to leave anything to chance,” says vanWormer. “I knew I’d observe some things but the rep would observe other things, and all that would play into my final choice for a contractor.”

At the end of the test, vanWormer had his contractor nailed down. That left only color.

While the buildings were being painted, vanWormer was busy touting the color selection test to the Tiburon community.

“For four months, I shared it in our newsletter, talked about it in meetings … basically, whenever I had a chance, I encouraged residents to go take a look and let me know what they thought,” he says.

Then, based on the feedback received via phone calls, email, and personal encounters, a final selection was made. But lest the newly named contractor and rep thought their work was done. …

“One of the challenges that our new color scheme presented,” says vanWormer, “was that we were going to be using different volumes of three different colors of paint to complete each building. We really had no idea what the ratio or burn rate for each would be. But since I was buying and storing all the paint, I wanted to get a handle on it so I didn’t end up with tons of one color crowding up my storage space and aging.”

Once again, he turned to his Behr Pro Rep. “I told him that it was his personal responsibility to make sure we never ran out of paint. I never wanted my contractor to be standing around waiting for paint to arrive to finish a job.

“But I also told my paint contractor that it was his personal responsibility to make sure he never ran out of paint,” he adds. “I guess it’s the engineer in me that’s never satisfied with one person checking a job. If you’ve got just one person on it, and for whatever reason they fail, you’re stuck. But if you’ve got two, your chances of error decrease by 50%.”

Apparently, vanWormer’s strategy was a sound one. Within a few months, the Behr Pro Rep and paint contractor had developed a system by which all the colors run low around the same time.

“My contractor just tells my rep we’ve got about a week’s worth left. He pulls together a quote for a month’s worth of product, I cut a check, and he personally handles the order at The Home Depot. And thanks to BehrPro delivery, we’ve never lost work time due to a lack of paint and we save time because we don’t have to go pick it up.”

NO CHECK BEFORE ITS TIME

Recognizing that once the project was in full swing there would be 10 buildings in the process of being painted per month, vanWormer decided to implement one last quality-control measure.

“I told the contractor up front that he wouldn’t be paid until my rep and a member of our HOA board inspected and signed off on each building,” he says. “This way, we essentially do all the warranty work at the end of every month. Now there’s always some warranty work that needs to be addressed later—sometimes we can’t get into back yards to inspect, etc.—but it really cuts the amount of work down significantly.”

REDUNDANCY HAS ITS REWARDS

With the Tiburon repainting project now in full swing, everything is progressing smoothly. VanWormer attributes much of that to the built-in redundancies in his system.

“Everything I do toward the project, I have at least two means of checking that it gets done right,” he explains.

“Two people are always checking the paint inventory, two people inspect the final product, and so on. I’m a big believer in backup. It hasn’t failed me yet.”

And with the paint project moving along on time, on budget—and on target, in terms of finished appearance, he has little reason to consider doing it any other way but his own.

VanWormer estimates he saved $50,000 in paint-related costs and another $50,000 on the contractor. Here’s how:

“$50,000 in paint-related savings is based on a number of things. The first being that rather than the contractor buying the paint, we do. This prevents the paint from being marked up but allows us to receive better pricing through The Home Depot Pro Rewards Paint program. There is a significant savings between what we paid last time via the contractor vs. buying the paint directly.

There is also a savings that cannot practically be measured. The savings is due to the superior performance of the BEHR paint—the need for touch-up would be less likely and less frequent.

The savings for the paint contractor is also based on several things. With the paint not part of the paint contractors’ quote, it made it a labor-only quote … very easy to compare all of the quotes. It also made it easy to reverse the quoted price into labor hours. Labor rates for painters are not hard to determine and with this info, the profit margin could be determined, with an estimated overhead deducted. We basically had the tools to negotiate the pricing for the company we liked rather than choosing a company for the price we liked.