Q: How do you tell customers what they need (versus what they want to pay for) and not come across like you’re just upselling? 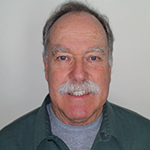 And it’s important to put yourself in the customer’s situation—to try to understand why they’re wanting to do a project a certain way.

Sometimes it’s as simple as them not knowing enough about the process or products, in which case they need a bit of education. In other cases, they might be trying to save money. Once you understand where they’re coming from, you can offer your recommendations in a way that shows you’re on their side.

For example, I might talk to a homeowner who sees my quote and would like to use a less-expensive paint. What he might not understand is that if I use a better product like BEHR MARQUEE™ stain-blocking exterior paint & primer, it actually costs less to apply. A cheaper paint just doesn’t perform as well and requires extra work to eliminate start-and-stop points or drip marks. There go your savings. The right paint comes off the brush the way it’s supposed to, and I can be confident in the finish. So, when you use the more-expensive paint, you can save on labor. Plus, in the end, the customer will be happier with the results because the paint job will last longer.

I want my customers to see that I’m not upselling them at all. I want them to see that I use the best products, and to trust that they’re getting the best value when I do.

Another situation might be an instance where a homeowner is wanting to just paint one wall of a room because the wall has some damage that the others don’t. If they’re just doing one wall, there’s a good chance that they’re looking to save money.

I would try to give them what they want. But I’d also let them know that while there’s a possibility that we could do one wall and it would look great, there’s also a chance that the walls have faded over time—and it may be that the newly painted wall, even though it’s done in the same color, won’t match the others.

I might also point out that because of the time involved in setup, it doesn’t cost that much more to do the whole room versus one wall. If they think they’re getting the other three walls for a bargain, it might help make their decision easier.

There also may be times when a homeowner just doesn’t realize the condition his or her property is in. Maybe you’ve been called out to re-stain a deck and you see that it also needs to be sealed, or that the wood is rotting and a few boards should be replaced.

I would explain the challenges with the deck, and help the homeowner understand what could happen if we re-stain it without fixing the deeper problems.

If you provide factual information and demonstrate that you’re trying to help them make the results of a project last, customers don’t see you as upselling; they see you as helping.

But in the end—provided they understand the limitations—I’ll do what they want.

As long as you listen to their needs, give them the facts and share your expertise, you’ve done your job. And they’ll know you aren’t just upselling.

WAYNE CARNEY developed a love of painting in 1964, when he started painting with his father. Today, he owns HW Carney Construction in Fredericksburg, Virginia, which he started in April of 1990.