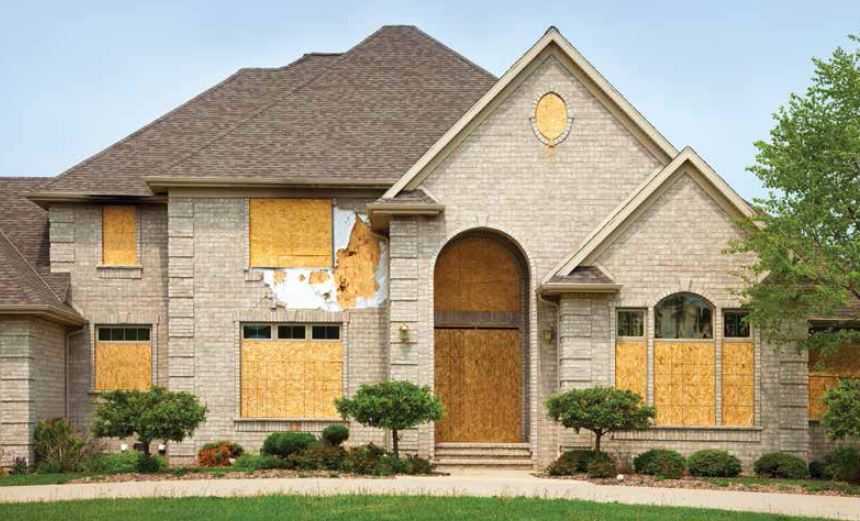 When Bob Mazzant moved to Beaver Falls, PA to take a job as a police officer in the 1970s, the small town had all the elements of a thriving American community, complete with a booming main street and plenty of civic pride. But the population was made up of predominantly steelworkers, so when Pittsburgh mills began closing, the economic ripple effects were clearly felt in Beaver Falls.

Shortly after his arrival, Mazzant decided to start a small painting business to supplement his income —however, with a declining population, the demand for professional painting sputtered, too. But he was eventually able to establish a niche in disaster recovery work, thanks in part to his police work.

As an officer, he often encountered water losses and fires. A poorly maintained furnace would catch fire or a building not properly winterized yielded a broken plumbing pipe that would cause serious water damage in a home or business. Through time, Mazzant met the adjustors and insurance company representatives who assessed these situations in Beaver Falls and nearby communities. The insurance industry then began turning to Mazzant.

“We started picking up insurance work. There were two or three companies that liked us,” Mazzant said. “My background as a policeman helped. People trusted me.”

He expanded his business, Mazzant Painting & Disaster Restoration, to include general contracting and, today, he has two carpenters on staff, a drywall finisher, and he subcontracts out most electrical, HVAC, and plumbing work. His team also answers calls for board-ups after fires or floods.

Each year, insurance companies cut billions of dollars in checks to contractors for disaster jobs. Any painter can get in on this potentially lucrative line of work, but not everyone is cut out for all aspects of the job. Some simply stick to the paint side of the situation while partnering with a general contractor like Mazzant to earn a piece of the pie. Either way, disaster work brings a consistent learning curve and plenty of trial and error— along with the potential for some serious business.

Will Sheils, owner of Blue Star Paint & Property Services, LLC in Annapolis, MD, has relationships with several general contractors who specialize in disaster work. For a paint pro, some details can go easily overlooked on disaster jobs, he says.

“I think the main thing is to look everywhere. You need to really check all your surfaces,” Sheils said. “Water travels far. You might think it’s isolated in one section, but you should check in one room, then the other side of that wall, and wherever there might be peeling paint.”

Nick LoGrasso, owner of SNL Painting Inc. in St. Louis, MO, pays particular attention to basements on water-loss jobs. Like Sheils, he too partners with general contractors on jobs, but sticks to his area of expertise: paint. “You need to see what’s lurking behind walls, especially if it’s drywall in a finished basement,” he said. “If a pipe breaks or a sewer backs up in those spaces, problems can be hard to spot.”

When digging behind the walls of a fire situation, assessing what needs to be replaced is also critical, adds Mazzant. Removing as much smoke- or fire-damaged material without compromising structural integrity can be a balancing act.

“With smoke, you want to try to remove as much as you can that is contaminated,” Mazzant noted. “The more you can get out, the less you need to clean.”

If an area of a home has severe fire or smoke damage but can’t have many studs removed, that’s where sealing with heavy primers comes into play. Both Sheils and LoGrasso have been called on for that work, too.

“The hardest ones are kitchen fires,” Mazzant said. “We really try to over-kill it on those. The problem is that if you think you’ve got everything covered, people can still come in and fire up the furnace and that’s when they’ll smell the smoke. Then you’ve got a problem.”

Mazzant will also use heavy hydroxyl and ozone machines to combat fire residue and smoke odors. Even still, he says, patience is a requirement.

“It’s a process. We’ve been working on one for three months now. Every day it gets a little better. The more you can air it out and seal things, the closer you’re getting to the end,” he said.

Any pro involved in disaster renovation swears by certain primers to help seal off stains and smells. Alcohol- or shellac-based primers are the best for fire losses and most oil-based primers should seal out water stains without much problem, said LoGrasso.

The paint pro, whose father also worked on restoration jobs, looks to Zinsser’s B-I-N Shellac-Base Primer for smoke- and fire-damage jobs. “If you’re trying to seal odors, B-I-N will stick to anything,” he said. It’s not uncommon to see B-I-N used for water situations as well, he noted.

He also likes to use Zinsser’s Cover-Stain Oil-Base Primer to cover up water, and says it also works well on jobs where he must overcome heavy cigarette-smoke odors.

Mazzant recommends ProRestore’s Unsmoke System for covering fire damage behind the walls, and has also found success with Sherwin-Williams’ White Synthetic Shellac Interior Stain-Blocking Primer, a unique product that performs like a shellac but doesn’t actually have shellac materials in it. The raw materials for shellac-based primers are becoming limited, so the product is seen by some as a long-term solution if shellacs suddenly become unavailable.

“It’s killer stuff to work with. You really need those respirators. Some smell like perfume when it dries, but that’s if you can survive putting it on,” Mazzant said, kiddingly.

LoGrasso ventilates a structure as much as possible when using sealers and primers; and in rare cases where the owner is still living in the home, he says residents and pets should be removed from the site.

For painters, he recommends only using NIOSH-approved (National Institute for Occupational Safety and Health) respirators with charcoal filters. Replace the filters after every use. Avoid simply using dust masks; they’re not strong enough to filter out fumes and will leave you with a headache, he added.

If you’re thinking of expanding your business offerings to take on entire disaster jobs, keep in mind that disasters are not planned and jobs can arise unexpectedly. Having a flexible enough schedule that allows you to be consistently available for these jobs could be a critical factor in getting the work.

Mazzant, who will answer to a disaster call in the middle of the night to dry out or board up a site until adjusters can get there later, says it’s also important to remember the emotional toll on residents and building owners.

“You go into a situation where someone was married for 50 years … you can’t replace those photographs and valuables. Take it a step further where a life was lost, and it’s that much harder,” he added.

Often times, Mazzant’s team also takes responsibility for keeping some of a person’s belongings. For example, his company will have clothing salvaged from a site professionally cleaned, stored, and then returned to a resident.

Families can be displaced for months, adding tension to the situation. “You have to think about it. You have a family that’s now in a hotel, the kids are going to school … you want to get them back in the house as quickly as possible,” he said.

Mold remediation is one area some painters may seek to expand their business. When dealing with water losses, it’s not uncommon to come across mold as well. Mazzant is certified by the Institute of Inspection Cleaning and Restoration Certification (IICRC) for Water Damage Restoration, Odor Control, and Fire & Smoke Restoration. Mazzant has not pursued MRS (Mold Removal Specialist) Certification from IICRC or any other entity because to insure his business to take on that line of work, it would cost him between $30,000 and $40,000 per year, he says, and he doesn’t see enough business volume to justify that expense. So he is happy to contract out mold-remediation services to other professionals when it comes across his job scope.

For Sheils, whose company does some drywall work and light carpentry, Maryland law allows him to remediate a section of mold smaller than three feet wide or three feet high. Like Mazzant, he doesn’t see enough potential work in mold and looks to outside mold-remediation companies in most cases.

If you are up for taking on the entire scope of a disaster job, like LoGrasso and Sheils, many paint pros will partner with a general contractor to cover the paint side of jobs first. From there, they can learn more about the work and obtain certifications to gain credibility.

Trade associations like the National Association of Independent Insurance Adjusters (NAIIA) and the Restoration Industry Association (RIA) may also offer networking opportunities for paint pros looking to meet those in need of quality professional contractors. And many states’ Department of Insurance have lists of adjusters.

However, it’s important to note that working on disaster jobs may also mean learning how to use insurance estimating software. Xactimate is today’s standard for the insurance repair industry, and learning the basics of it can only help those looking to get into disaster work.

Mazzant says the program’s estimates also factor in the going rate for work and materials in a given zip code, and rarely does he have conflicts with insurers over a scope of work or estimate.

“We work with some of the big insurance companies—State Farm, Erie, Nationwide—and we’ve found the adjusters to be pretty sincere. They want to make the situation right,” he added.