The art & science of selling your painting business 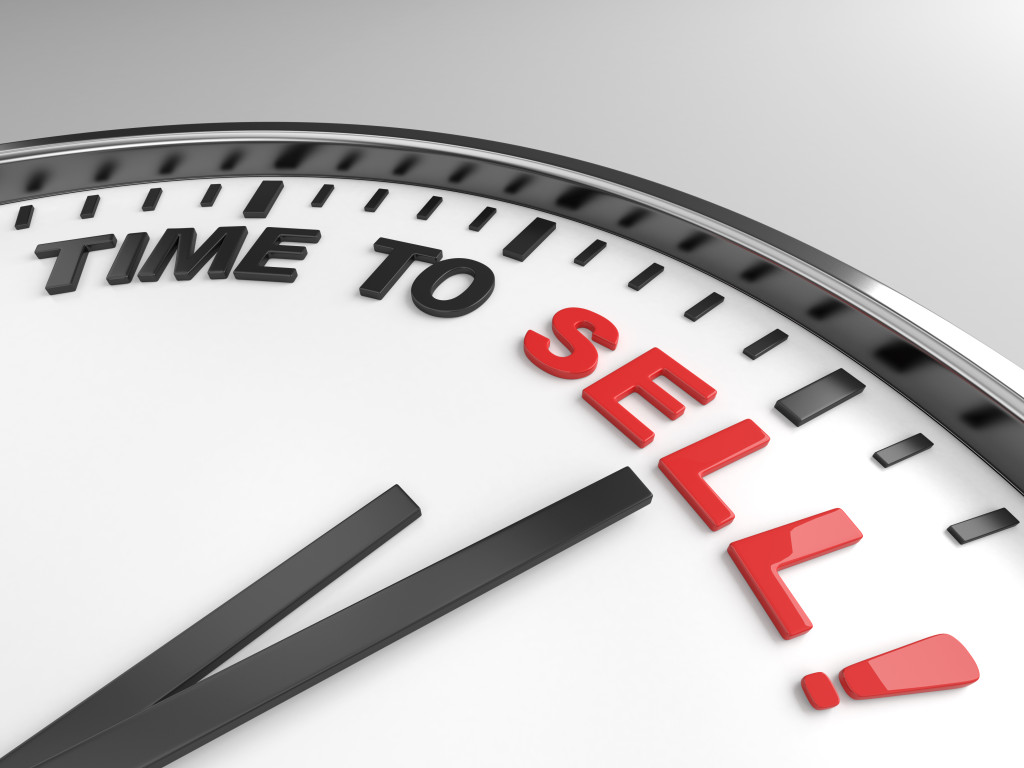 Maybe it was a passing mention that someone was interested in buying your company. Perhaps health concerns have you thinking of an exit. Or is it a nagging feeling that you’re just done? Whatever the reason, if you’re thinking of selling your painting business, know that it’s a journey that’s not for the fainthearted.

“Unrealistic expectations of the business owner are the main reason only 20% of businesses actually sell,” he said. Few business owners truly comprehend the reality check they’ll endure when selling their company. But with a willingness to listen, learn, and correct some deficiencies, it is possible for an owner to make a profitable exit.

IT STARTS WITH YOU

Before selling, you’ll need to tend to your own personal financial and emotional houses, starting with the question: are you financially ready to sell? Be realistic about what you want your retirement to look like. Talk to your spouse and a wealth planner about it, Holton says.

If things look good financially, are you emotionally ready to let go of the company? For those who have been in the business for decades, letting go is harder than they think, according to Holton.

GET REAL ABOUT VALUATION

When it comes to placing a value on your business, expect pain. This is where emotions and all business know-how collide.

“A lot of business owners have never been through a transaction and it’s their baby; their biggest investment in their life. They can always look at it and say, ‘I think it’s worth X,’ but in reality, it is worth Y,” Holton added.

The advisor helps his clients consider the transaction from the buyer’s perspective. “Would you honestly buy your own company for the asking price you want?” he offers.

“The best time to sell is when you’re riding the hockey stick; when growth really starts to accelerate.” Denny added. “We really love to work with a client who wants to sell in three to five years so we can chart the course to maximize business in that period of time.”

There are many factors to consider when putting a value on a painting company. For Denny, it’s a case of looking at the last three to five years of financials, first. And don’t waste time talking about future projections, he adds.

“Your price rationale is based on past performance. A buyer never buys based on future potential. Unfortunately, sellers often think they do,” Denny said.

For many accountants, the valuation starting point involves looking at a company’s operating performance by calculating its earnings before interest, taxes, depreciation and amortization (EBITDA). For a smaller company, you can calculate the owner’s take-home pay for a year (salary and year-end profit), add in taxes, interest paid on debts, depreciation for assets, and even owner personal expenses paid by the business. It’s not uncommon for some analysts to assign a multiple (usually between one and three) of EBITDA for a valuation, Denny said.

Denny’s company also offers a software product called The Value Builder System to help owners learn about valuation and even how to add value over time to their business.

Other factors may help or hinder a business’ value. Expect to hear the following questions from an advisor when dealing with your company valuation:

• What is your role in contracts? Some owners pride themselves in the relationships they’ve developed through the years and the contracts they’ve landed. But if those business deals hinge heavily on the owner being involved, he or she may damage the company’s value, Denny says.

“I often ask, ‘are you the one who has the key relationships with customers or is it the staff?’ If it’s you, then you just handicapped your business,” he added. “This is a difficult concept for solo practitioners to understand.”

If contracts are dependent on the owner’s involvement, Denny encourages them to take the time to restructure the business over the course of a few years, allowing others to control important contracts. Letting go of that control will add value to the company.

• What influence do employees have on business? Look closely at the relationships administrators or supervisors have with customers and contracts. For a high-value, customer-facing employee who an owner knows plays a key role in either production or sales, it may be a good idea to create a uniform agreement with the employee stating he or she will stay with the company for a certain amount of time to help the new owner in the case of a company sale.

That employee may require a higher salary under the agreement, but it could be a short-term expense that’s well worth it if it helps close a deal later, Denny adds.

• How is your business structured? It’s important to operate under a business structure that is easily conveyable, Denny also said. Some older institutions may operate as a C corporation, which is taxed separately from the owners and tends to carry a higher tax burden. Denny advises switching to an S corp status in order to avoid tax penalties, but says it may be a couple years before a sale can occur.

• What is the pool of buyers? If a company is valued at $2 million or more, the buyer pool is greater, as private-equity companies, venture capitalists and corporations tend to look for companies valued at this minimum or higher, Holton noted. That’s not to say that if a company has a lower value it won’t sell, but with fewer buyers, you might expect a potentially longer time frame for a sale.

TENDING TO THE DETAILS

Denny offers a simple, three-step approach to selling a company: valuation, assembling a team, then a ‘get your house in order’ step.

Assembling a team may seem daunting, but it doesn’t need to be. In most cases, a business broker or CPA will quarterback the deal. Denny advises having an experienced transaction attorney, too.

“You’ll have to find one. These are not typically the types of attorneys business owners work with on a day-to-day basis,” Denny added.

Denny’s ‘get your house in order’ step has clients tending to commonly overlooked details like reviewing leases for equipment or real estate. Are they transferrable? If not, what needs to be done in order to change that? Any agreements with employees and among owners should also be reviewed, Denny emphasized. In some cases, owners may have lent the company money and there could be outstanding debt that needs to be factored into the valuation.

W.W. Nash & Sons, Inc. has been a significant commercial painting player in the Richmond, VA market since 1946. The company was also recently sold from the second to third generation of family operators.

“We call ourselves the seniors and the juniors,” says Leslie Nash West, who serves as corporate secretary for the company and is a member of the new ownership team.

Denny and Holton both say even if a business is being passed from one generation to the next, it still must be treated like a sale.

For West, a CPA guided her family through the transaction, which took several months. Even though ownership has changed hands, second-generation family members still work for the company.

“They’re no longer owners but, in my mind, they still are—even though the papers say different,” West said. “I have to say, the ‘seniors’ were good about stepping out of the way and letting us lead. … This felt like more of a rearrangement of roles.”

For West, there were many unexpected details. For example, second-generation leaders had company vehicles. Today, as part-time employees, they use their own vehicles and log mileage. The family was transparent and honest about valuation conversations, though. In fact, the new generation of owners were involved in helping the exiting owners plan for retirement, factoring those retirement financial needs into the company valuation, as well.

Adds West, “I would tell people to be very open and honest with expectations and handle it with the utmost respect.”