The Online Deal: are discounts really worth the investment? 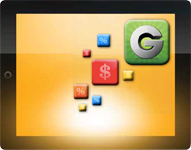 Everyone loves a bargain. And the trendiest retail space to shop is the Internet. Who hasn’t nabbed a virtual restaurant coupon worth $50 for $25? Or a gym membership motivated by a special offer that arrived via email? And don’t forget the hotel ocean view courtesy of a Web-based travel discount company.

The popularity of top coupon sites, such as Groupon and LivingSocial, is directly linked to the deal-of-the day concept that provides customers a constant feed of new products and services to buy at a fraction of the retail price, with a coupon to use within a certain time frame. Hundreds of others have jumped on the local daily deal craze too, including Gilt City, Yelp Deals, ScoutMob—and Yipit, an aggregator site that harnesses all the local daily bargains offered by the top sites.

The attraction to online deals and coupons is simple. Those looking for a bargain can get tremendous savings on everything from A to Z, such as dining, travel and spa treatments, to home services like housekeeping, painting and landscaping deals. While getting a significant discount is enticing for consumers, what’s the catch for business owners? Are online deals worth the price of giving away your goods at a deep discount?

Online deals are not created equal regarding merchant rewards but Groupon and LivingSocial’s coupon structure is similar in the way profits are made. It’s free for merchants to offer a deal but once a deal is purchased; merchants divide the cost with the online sites during the length of the promotion. Groupon typically takes 50% of a deal, so if a merchant offers $50 worth of landscaping services for $25 and the deal is purchased, the landscaping company earns $12.50 for the deal, as does the coupon company.

The biggest advantage of using an online deal is the instant marketing exposure a business gains. For example, Groupon shares customer information and its entire subscriber targeted email data base for free, which gives merchants the ability to cast a wide net and generate awareness among a hard-to-reach demographic, a particular benefit small businesses wouldn’t have otherwise, said Nicholas Halliwell, a Groupon spokesperson.

If a merchant has high fixed costs and runs a deal for several weeks, it’s likely it will lose money on a coupon deal, but the positive spin is that new customers will purchase other items or become a repeat visitor. Yet, one of the chief complaints of deals offered by Groupon and others is that they attract one-hit shoppers who are just looking for an instant bargain and will never be seen again, rather than a base of loyal customers willing to pay full price in the future.

While coupon deals might not generate earth-shattering revenues for small businesses, they still provide value because it’s an easy way to get mass exposure without an upfront investment, according to David Waring, cofounder of FitSmallBusiness.com. “While it’s a loss leader in which you never get your money back, it also is an effective advertising and marketing tool to increase your business awareness, in which your labor is your main cost,” he says.

Though customers have spent at a discount to purchase your goods and services online, Waring believes the chance to capture more customers than you ever could via other advertising channels is worth the promotional giveaway. “If you think about other types of click-through advertising strategies, such as web banners, where one in 1,000 visitors might purchase or inquire about your service, there’s no comparison.”

Online deals run the gamut—a virtual coupon or voucher that offers a substantial discount on a particular item to the masses, a gift card, a coupon code to enter at checkout, or a contest or sweepstakes with a single winner. Even free shipping is a form of an online incentive to generate consumer interest and potential new and repeat customers. The type of promotion to run depends largely on a company’s profile and its ability to manage the deal. If a top clothing designer runs a special on a signature accessory, it more than likely has product inventory at the ready and a distribution set up to execute the deal orders. If a mom-and-pop operation provides a discounted service, it has to measure its capacity—i.e., staff and time—to deliver the goods.

Waring agrees that just because online coupons require no upfront costs and are a low-risk venture, companies still need to structure a promotional deal based on how it best relates to their business revenue. “New businesses especially want exposure, but you need to be able to manage the response from a deal. It’s probably not a good idea to offer an online coupon in the first week of launching a business. If you can’t respond to customer requests you’ll end up creating a negative impression,” he says.

According to Groupon, about one-fourth of its merchants are sole proprietors and 81% have 20 employees or less. For companies on the smaller side, it’s an enticing proposition to be able to tap into a massive target audience that they couldn’t access normally. Groupon reports 200+ million subscribers, and that’s what it banks on.

Groupon merchants also benefit from the company’s knowledge of discount deal-making. It leverages its success and connections to advise merchants on how best to structure deals. “We use our expertise from working with more than 650,000 merchants worldwide to help businesses craft effective promotions that meet their needs,” explains Halliwell.

Though email delivery is the hallmark of the daily deal, top coupon sites have ventured into the realm of social networking and mobile technologies to increase e-commerce contact and exposure for merchants; more than 80,000 million people globally have downloaded Groupon’s mobile app, according to Halliwell.

Ironically, the Internet is littered with criticism of the discount business model and online deals gone wrong, but many companies report success stories—and profits. Halliwell points out that more than 75% of Groupon merchants run deals on a continuous basis and that 600 million units have sold since the company online coupon buyers never redeem their deals, which is still a win for merchants, since they get paid for not providing any product or service. “That’s a 100% profit for a low-margin investment.”

THE POWER OF SOCIAL SAVINGS

At first, online deal sites promoted substantial savings on discretionary items that consumers didn’t necessarily need, like travel and spa treatments, but most now offer discounts across all retail categories, including items and goods that consumers purchase regularly. “Groupon is the go-to place to buy just about anything,” says Halliwell.

In addition to national retailers, most sites promote local deals in specific city locations. Others, like Fat- Wallet and Slickdeals, aren’t as local-centric but offer a cross section of deals. Certain sites are geared to specialty niche products and services, such as Scoutmob, that feature independent local artisans, craftsmen and designers from various locations who create ‘inspired’ goods and crafted services.

Some sites also use their existing mission to lure the deal-seeker. Yelp, which started as an online urban guide to find the best local businesses backed by customer reviews, now also offers Yelp Deals and an option for retailers to promote their wares through gift certificate sales. Yelp collects 30% of the profit made from the deals and 10% from gift certificate purchases.

The power of a social approach to drive customers into a local business is clear, but even those with a massive e-captive audience don’t always get it right. In 2011, Facebook killed Facebook Deals, its version of Groupon, just four months after launching the advertising product. The social media magnate quickly regrouped by capitalizing on its existing check in feature to engage and reward customers with a new option. Check In Deals is a free web site and iPhone app that allows customers to receive an incentive or gift, such as an individual discount, loyalty offer, or a group deal, if they check in to a Facebook business page using a mobile device.

Social media platforms like Facebook, Twitter and Google+ certainly afford businesses an effective marketing forum to attract new customers who might not know about their business. And if you give something away, it sweetens the deal. Sixty percent of people are willing to post about a product or service if you offer them a discount, according to results from the study The Future of Sharing, released in 2012 by Beyond, a tech firm that builds brand engagement.

While the reviews are mixed about the business value of online promotions, bargain shoppers are still on the hunt, checking their email in-boxes and push alerts to get something for almost nothing. So if you want to increase your company’s visibility, daily deals and online coupons might be the discount ticket. You just need to weigh whether it’s the most cost-effective way to advertise your wares and services.

LET’S GET READY TO MAKE A DEAL

Given that online coupon sites have the potential to put you in front of literally thousands of new prospects, you need to be ready to respond when deal-hungry consumers start clicking.

• Be Prepared. Expect an increase of calls and emails in the first few days of the deal. Consider adding staff to help with fielding questions and scheduling, or create a dedicated email address for handling new appointments.

• Training. Make sure employees are able to answer questions related to your deal. You can probably expect questions about the specific services that are covered in the deal, as well as clarification of fine print.

• Be Clear. Once they purchase the deal, some customers may want services immediately. If you can’t accommodate these requests, try to set clear expectations as to when they can be serviced.

• Proximity. Scheduling customers based on their geographic proximity can help maximize the number of customers you can service. Also, if you normally have a very large service range, consider reducing it for the deal to avoid getting overwhelmed.

• Pre-Service Instructions. It is important to tell customers what they should do to prepare for your visit, such as moving furniture away from walls, clearing floors of clutter, or securing pets.

• Promote. Be sure to inform customers about repeat service and referral programs, as well as additional services available.

PROVEN PRO POWER: Josh Leach, owner of Leach Painting Company in Grove City, PA, noted, “This is hands down the most effective form of advertising for businesses like mine. Between upselling and referrals, I’ve already earned well over $250,000 in new revenue that I can trace directly back to my LivingSocial customers. Now I’m getting ready to expand into two new cities, which wouldn’t be possible if I hadn’t worked with LivingSocial.” 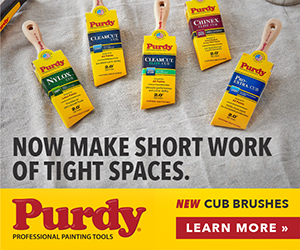