CONTRACT CLAUSES THAT SAVE THE DAY 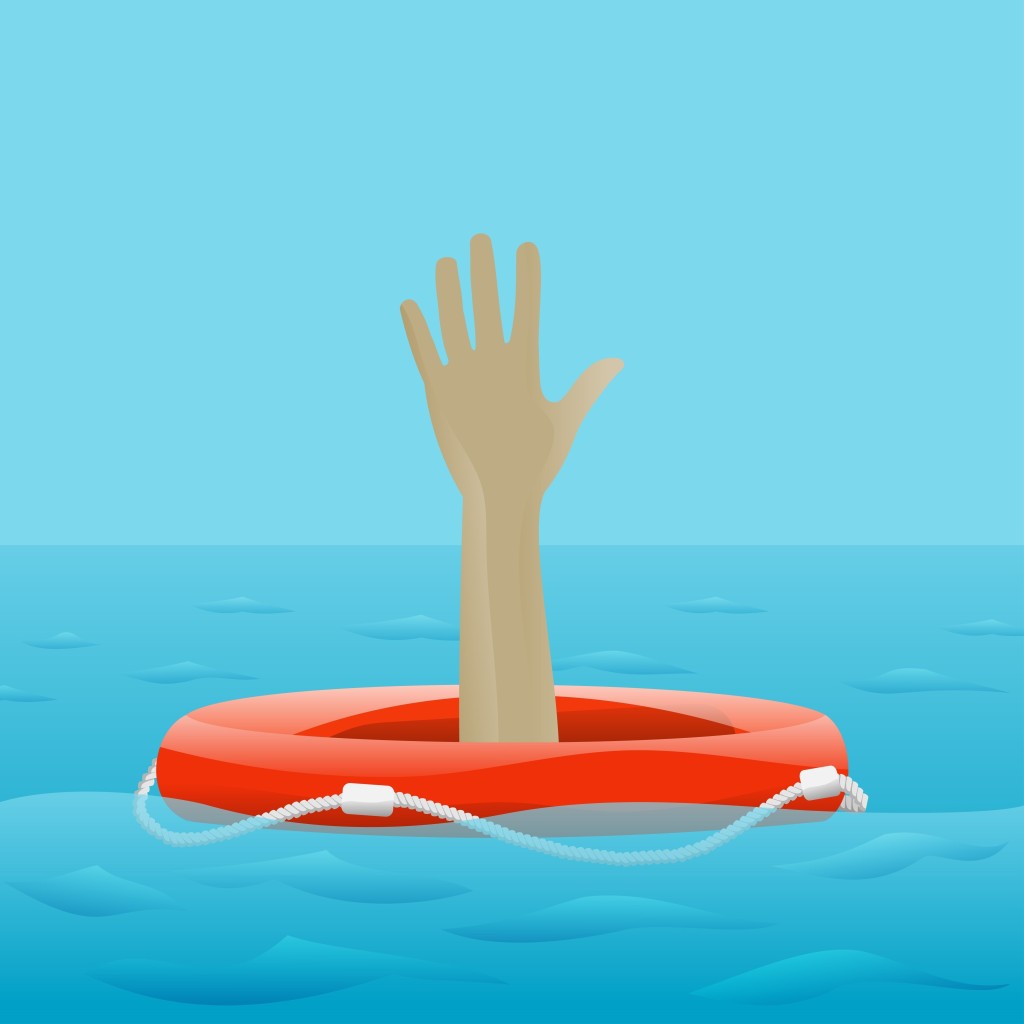 Many paint pros have seen this scenario play out. A customer calls, asking for touch-ups on ‘just a few spots’ on a job you just completed. When you arrive at the site, you find an endless run of inch-long blue painter’s tape pieces in a room that you and your team wrapped up yesterday. There are so many, it looks like entire walls need to be repainted. But when you remove the tape, you strain your eyes to find the imperfections. Frustrated, you reach for the brush and roller to solve the problem, adding hours to the job and losing profit.

But let’s revisit the scene and change the script a bit. This time, instead of repainting walls, you remember something quite valuable. You recently added the PDCA standards to your contract, and instead of cowering to the potential unending demands of the customer, you choose to enforce the contract both you and the homeowner signed.

You remind the customer of PDCA Standard #6, which specifically states that acceptable work for a wall covering is determined ‘when viewed without magnification at a distance of 39″ (or one meter) or more, under finished lighting conditions and from a normal viewing position.’

Okay, maybe you find a middle ground and do some of the requested painting for the customer. But knowing you have a contract with teeth can indeed change the way you do business going forward. PDCA standards are just one of many contract clauses that have saved paint pros time and money. Here are some others that can help you keep the peace, get paid on time, and keep customer expectations realistic.

Ron Yarbrough, owner and project manager for Pro-Spec Painting Inc., a New Jersey-based commercial painting contractor, admits to learning his share of contract lessons through the years. Yarbrough says, “including PDCA standards by reference” is a must for all commercial and residential work.

“It’s a best practice that will enable you to collect if you have to do damage repair work,” he said. “It can help cover you, and if work is out of sequence, you can be compensated for that. … PDCA standards need to be included because, many times, they are not included in the technical specifications.”

Including them ‘by reference,’ Yarbrough explains, means the standards take precedence over broad and ambiguous language.

The standards cover subject areas where misunderstandings between painters and customers often occur. Some of those areas include: levels of prep, application standards, and compensation to contractors if their work is damaged by others. Visit PDCA.org to learn how best to include the standards in your contracts.

Marge Parkhurst, owner of Painting By Marge, Inc. in Colebrook, CT, says paint-contractor contracts rarely address the customer’s responsibilities. It’s a topic she learned of early in her 30-plus years in the business, and it has saved her time and money by getting her customers to better understand their role in the process.

“We always talk about the contract as far as terms, but we forget about the customer’s responsibilities,” the residential paint pro added. “We’re so caught up in making sure we’re going to get paid. Then we get out there and the customer doesn’t have a color picked, and you have five guys standing around waiting.”

Parkhurst’s customer responsibilities section covers several key aspects of every job. For one, a color has to be chosen at least one week prior to work starting, and a color change can bring added charges. The section also indicates alarms need to be turned off and homeowners must vacate the premises.

Andrew Amrhein is a senior business coach with Pennsylvania-based Nolan Summit Services, Inc., which counts nearly 100 contractors as clients. To minimize contentiousness that may result from asking customers to vacate the premises, the consultant says language in this section should emphasize safety.

Parkhurst also highlights specifically which fragile and other personal items need to be removed by the homeowner before work starts. The section also includes a closet exclusion: her team does not paint them unless they are specified in the contract.

“People think it’s just a closet, but there’s probably more work in there than some average-sized rooms with all that shelving— and they can be hard to clean out,” she added.

For years, Parkhurst’s early contracts did not include language dealing with arbitration or legal proceedings. Now, she has a contract clause that specifically states who will be responsible for legal fees, if legal action is needed.

Yarbrough includes court and arbitration clauses in his contracts as well. When working with large general contractors, his clauses will go so far as to stipulate which court jurisdiction will hear the dispute. That said, Yarbrough adds that paint pros should still use caution before acting on anything in those clauses.

“I’ve learned to make the phone call to try and resolve the dispute with a decision-maker first” he said. “I always try to talk with a key individual in hopes of averting disputes. I’ve saved a lot of time and money by being able to understand the other side’s concerns.”

Disputes occur when one side expects more than what the other believes is within the scope of the contract, he explained. Most disputes are over money, and the owner or payer may feel they have the power in the situation, especially if a contractor seems desperate for funds to cover expenses incurred by the job. Yarbrough says resolving disputes requires you bring a balance of assertiveness and attentiveness to the details that arise in any given job situation.

Amrhein also looks at legal clauses from a sales perspective.

“I would say be very careful about including them,” he added. “People start to think, ‘Why is that in there?’ You can leave yourself open to attack from a sales standpoint.”

All three experts highlighted the importance of including clauses that address scheduling in a contract. New-construction jobs usually have a trade schedule from the start. Renovation jobs requiring multiple contractors will also have set schedules. Weather and other issues may cause delays. The PDCA standards can also help a contractor who deals with work being done out of order that negatively impacts the painter.

Amrhein also recommends a ‘free from other trades’ clause. Regardless of the shifting schedule, he says it’s critical that other trades are not working in your area when you are. If other trades are in place, it’s important to NOT start working, Parkhurst adds.

“We make sure the customer knows the job is not ready for us,” she said, emphasizing that once you start working in an environment that is not free of other trades, it’s hard to go back and make your case if problems arise. “Once you start working with the surface, you own it.”

Parkhurst also recommends understanding state laws that may impact your contracts. In Connecticut, where she operates, for example, a customer has the right to cancel within three days of signing a contract, so she never starts a job until three days after a contract is signed.

“It allows me to double check with them and make sure it’s all a go; to make that call to say, ‘Hey we’re coming out now, are you ready?’” she noted.

Amrhein also says estimates should come with a 30-day expiration clause and executed contracts should have an ‘unforeseen conditions’ clause as well, which can be particularly beneficial when dealing with removing wallpaper.

“Unforeseen-conditions clauses have wallpaper written all over them,” he added. “If you’re asked to take down wallpaper, you have no clue what could happen. One area

may be fine and another may be impossible to get off.”

Amrhein encourages contractors to stipulate painting two coats in a contract unless otherwise noted. It can help differentiate you as a professional when being compared to someone who may be unlicensed. Payment schedules and a description of your warranty are other critical clauses, he adds.

He also says a clause about additional work orders can let a customer know it’s okay to add to work, and can actually be seen as a sales opportunity.

“You’d be surprised at how many customers are afraid to ask to add more to the job,” he said.

Yarbrough says contracts bring a learning curve. Through the years, he has attended seminars through PDCA and colleges that cover contract best practices.

“I’ve always sought out seminars and implemented the top five DOs and DON’Ts,” he said. “Often, there are only two or three contractors in the room; the rest are lawyers, which I find interesting.”

Parkhurst is surprised to learn how many professional painters operate without a contract in place. Some smaller shops may operate on a handshake.

“Sometimes we get very familiar with a customer and we’ll just go ahead and do things. But that’s only okay until something goes wrong,” she said.

THE ‘SAME PAGE’ SIGNIFICANCE OF A CONTRACT

While most painters structure their contract to protect themselves, it’s important that customers also appreciate the protection it provides them.

“Before I provide a contract, I make sure the customer knows it’s coming,” says Randy Fornoff, president of MTS Painting & Property Service, Inc. in Mesa, AZ. “I’ll tell the customer what the contract will include—written details about the scope of work, materials to be used, payment terms, warranty info, etc. I also share with them that, once signed, this is the document the crew will reference on the job. The fact that we’re all working from the same page provides