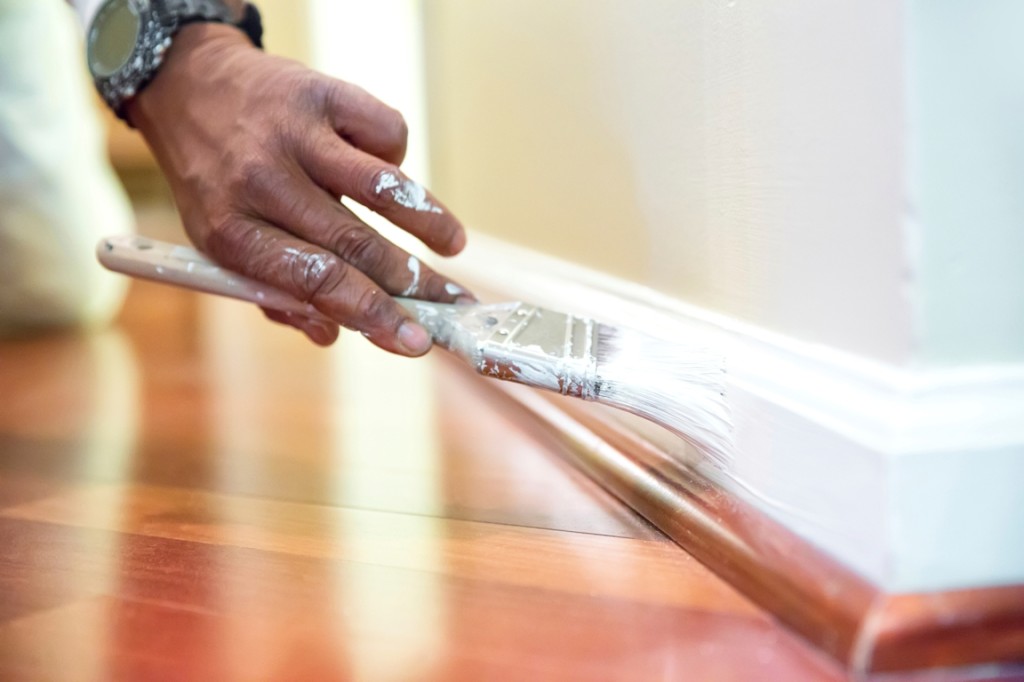 Like other tradesmen, paint pros are creatures of habit. The tools a mentor uses can often become a go-to for a younger painter as well. When it comes to brush preferences, many pros quickly learn what brand, size or style works for them, and end up sticking with it for the long haul.

“Your dad may have been a painter for 40 years and you started working with him when you were eight or nine years old … there’s that level of comfort, that brand loyalty that builds up,” said Rick Watson, director of product information and technical services for Sherwin-Williams, which also owns Purdy Professional Painting Tools.

Paint pros will feverishly debate which brand or particular style brush holds the most paint and releases better. All are looking for the perfect balance of fewer dips into the paint can, great coverage, and durability as well. And if you ask them, there are many hotly debated answers.

“The key here is, ‘what tool makes you feel more comfortable when you’re using it?’” Watson added.

Nearly 100 years old, Purdy is hands-down one of the most popular and widely available brush brands on the market today. For 30 years, it has been a go-to for David Wood, owner of Wood’s Painting and Wallpaper of North Adams, MA.

“I’ve tried all kinds of different brushes, but Purdys last the longest, keep their shape, and allow you to do what you want to do,” he added. “I’ve had some for 10 years. The paint bristles are still as fine as ever.”

Today, Wood primarily uses a 3½” nylon-polyester-blend angled-sash brush for most of his trim work, but one of his workhorse brushes is a now-discontinued model called the ‘Wobbler,’ he says. The 3½” brush’s ability to load plenty of paint while cutting clean lines is the reason the pro went on a quest to find as many as possible once he learned they were discontinued. He called hardware stores throughout the region to find them.

“I found a place in Connecticut and I bought the last of what they had. I got those about 10 years ago and I still have them,” he said.

While many pros prefer longer handles, Wood gravitates toward shorter Purdys. “Some guys like more reach but I just like that shorter, thicker handle. … I’m kind of self-taught and that type just works for me,” he explained.

A few years back, Mike Shaffer, owner of Five Star Painting in Temecula, CA, was at a conference where he saw a Wooster brush demo. He had never tried Wooster before but found the demonstration convincing enough to give the brand a try.

“I found the Wooster holds a lot more paint and releases a lot easier,” he said. “That’s a whole lot less of dropping it in the bucket and more laying down without a reload.”

The pro also said because he is 6’4″ tall, he prefers to get as much extension to his left and right before moving over to the next section of a job, and a brush that holds more paint allows him to do that.

Shaffer is also a fan of the 3″ oval-brush style, known as the ‘Pippin.’ “That style holds so much more paint than other brushes,” he added.

Kevin Kees, the paint and hardware manager at Curtis Lumber in Hoosick, NY, has painted for more than 10 years. His loyalty also lies with Wooster, and two particular brushes, the ‘Silver Tip’ and ‘Shortcut’ models are the most popular at his store.

Pros like the ergonomically designed handle of the Shortcut, and the nylon-polyester-blended Silver Tip models because the chemically treated tips, “just lay out better, and after you use them, the surface looks like it has been sprayed.”

Pros also prefer the hardy steel ferrule on Wooster, as well as the variety of thin and thick handles that can be found with the brand, Kees said.

Sergio San Roman, with SR Maintenance & Management Services, Inc., in Downey, CA said he uses angled and straight 1½” to 3″ Woosters. San Roman admits to not always having a lot of time to clean properly and will often soak his brushes at night. The Woosters have stood up to the test for a long time without fraying, he added.

San Roman works with a lot of complex cutting situations on exterior trim, he says. He likes to slow down on the job to get his cuts right and the Wooster handles and bristles feel right for his technique.

“If you just take your time, stay patient, and have a steady hand, that’s important. … You can have the best brush in the world, but if you don’t have the integrity and value in the job, your work is still going to look terrible,” he said.

Autumn Bucchieri, manager of Different Strokes Paints & Decorating, in Bennington, VT, said the Wooster-made Benjamin Moore’s 2½” angled-sash nylon-polyester-blend brushes have been a hit for years at her store.

Pricing is a key driver, the longtime painter also says, as the brushes are sometimes up to $10 less than competing styles. “They’re equally durable and work just as well. It’s really a no-brainer,” she said.

To get more out of the Benjamin Moore brushes, she uses a brush comb instead of a wire brush to strip out old paint. It’s something she encourages other pros to do as well. “It really helps any brush last a lot longer,” she added.

For Robson Portes, a crew leader for Five Star Painting of Boston North Shore, MA, price is less of a factor.

Portes, who has worked predominantly on high-end custom homes for more than a decade, is happy to pay an extra $7 or $8 over the competing Wooster or Purdy brush for his Corona brushes.

Portes’ go-to is the 2½” angled ‘Cortez’ model, with its hardwood handle and stainless steel ferrule. “It’s a lot more than the Purdy, but I can cut a nice line no matter how much I wash it and use it,” he explained. “And the Corona can hold so much paint, and it doesn’t splatter. You don’t get those drips on the floor. It just holds that paint in the bristles better. It’s really amazing how it does that.”

The paint pro said many painters shy away from Corona partly because of price, but also because the brand is harder to find. “There are only a couple of stores around where I can find them, but the Purdys you can find everywhere. That’s why, I think, a lot of people stick with them.”

Portes also finds that Picasso brushes bring a similar quality to Corona when it comes to paint hold and release, but says he finds the Corona to be more durable. “The Picassos are similar in price to Purdy,” he added. “They are very good. I just know my Corona can last a lot longer.”